2021 was a good year for phones, but 2022 could be even better, with talk of a massive overhaul for the iPhone 14 Pro and Samsung Galaxy S22 Ultra, loads of new foldable phones, and dependable flagships.

So there’s a lot on the horizon, and some of it is coming very soon, with many of 2022’s biggest phones expected in the first few months of the year.

Below, we’ve highlighted the most interesting options that we’re expecting to see throughout 2022 – both those coming soon and those later in the year. These are phones that in most cases are likely to be great, and at the very least should be interesting, unusual, or innovative.

It’s an obvious pick but the iPhone 14 and its siblings are the most highly anticipated phones of 2022, so we can’t not include them here.

That hype is justified too, as it’s rumored that the iPhone 14 Pro and iPhone 14 Pro Max will have totally new designs, with no notch and a punch-hole camera instead.

We’ve also heard that there might be a new model in the form of the iPhone 14 Max – a basic iPhone with a big 6.7-inch screen, which could land instead of an iPhone 14 mini.

Leaks also point to big camera upgrades, with 48MP sensors possibly on the cards (up from 12MP on current models), and these being iPhones they’re sure to have an enormous amount of power.

Expect lots more leaks to roll in ahead of the launch of the iPhone 14 range, likely in September.

The Samsung Galaxy S22 will be one of the first big phone launches of 2022, with an announcement rumored for February 8.

Whenever it does land, rumors suggest that the Galaxy S22 and Samsung Galaxy S22 Plus will have similar screens and designs to the Galaxy S21 range, but with next-generation chipsets. On that front, it’s reported that most or all of the world could get a Snapdragon chipset, due to production issues with Samsung’s next Exynos one.

The Samsung Galaxy S22 Ultra could have a very different design, however, with an angular Galaxy Note-like look and a slot for an S Pen stylus. In fact, it could be so Note-inspired that it might even land as the Galaxy S22 Note.

The OnePlus 9T isn’t happening, so instead we’re looking towards the OnePlus 10 as the company’s next big phone.

The OnePlus 10 – or at least the Pro model – could have a redesigned camera module if leaks are to be believed, along with a 6.7-inch QHD+ 120Hz screen and the same camera specs as its predecessor. The battery could get a boost as well, with 80W charging theorized.

We also know that the OnePlus 10 range will feature brand new software, and the powerful Snapdragon 8 Gen 1 chipset will almost certainly be used.

We’re likely to see the OnePlus 10 in January or February based on leaks, though this initial launch might just be for China, with the rest of the world getting it in March or April.

We don’t know much about the Google Pixel 7 yet, but we’re confident it’s on the way – though it probably won’t launch until October 2022.

After Google’s massive overhaul to the Pixel 6 range, we might not see such big changes this time, but the Pixel 6 reinvigorated the lineup and made us excited about it again. So even if the Google Pixel 7 is just a more polished version of that, we’ll take it.

Early leaks point to a successor to the Google Tensor chipset, unsurprisingly, and to the Pixel 7 having similar cameras to the Pixel 6. There’s also a suggestion that we might only see one model in 2022, so perhaps there won’t be a Google Pixel 7 Pro.

The Galaxy S22 isn’t the only Samsung phone that we’re highly anticipating; the Samsung Galaxy Z Fold 4 is also expected in 2022, and it could be the best foldable phone not just from Samsung but from any company.

This probably won’t land until August or September, but when it does it might have a lighter and more dust and water-resistant design than the Samsung Galaxy Z Fold 3, coupled with a bigger battery, and an improved under-display camera.

In fact, one source reckons the Galaxy Z Fold 4 might have two significantly upgraded under-display cameras, with Samsung possibly offering the same snappers here as on the Samsung Galaxy S22.

The Sony Xperia 1 III is the best phone Sony has launched in quite a while, and it’s left us excited for the Sony Xperia 1 IV, which is likely to be unveiled in early 2022 – possibly in April.

So far we haven’t heard much about it, but one source suggests it will use the same 50MP main camera as the Google Pixel 6, while elsewhere we’ve heard that Sony might use a home-made sensor for the front-facing camera.

Whatever the case, we’d expect good things from the camera, as that’s often an area Sony focuses on. That, and the screen, which based on past form is likely to have at least a 4K resolution.

The Huawei P50 range has actually already been announced, but it’s initially only available in China, so we’re still waiting for a global launch.

It also has a 4,360mAh battery with 66W fast charging, but due to the ongoing Huawei ban it runs the company’s new HarmonyOS 2 rather than Android, and is also stuck without 5G.

The standard Huawei P50 is a similar phone in a lot of ways, but with a slightly smaller screen, a 90Hz refresh rate, a 4,100mAh battery, and a different camera arrangement, consisting of a 50MP main, 13MP ultra-wide, and 12MP telephoto camera, with 5x optical zoom.

While the iPhone 14 range is clearly the most anticipated of Apple’s upcoming phones, the company might first launch a successor to the iPhone SE (2020).

We’ve heard very little about the iPhone SE 3 so far and there’s every chance we won’t see it for a while, but if it does launch anytime soon it might have an A15 Bionic chipset (the same as the iPhone 13 range).

It’s also rumored to support 5G, but to otherwise be a very similar phone to its predecessor, including a compact 4.7-inch screen. That could be a major selling point though given that there reportedly won’t be an iPhone 14 mini.

The Google Pixel Fold is a phone that we’ve been hearing about for years, and more recently we’ve heard that it might land in early 2022.

From what we’ve heard so far, the Google Pixel Fold might have a 7.6-inch foldable OLED screen and the same Tensor chipset as the Pixel 6 range. We’d take all of this with a pinch of salt for now, but this could end up being one of the few non-Samsung foldable phones that’s worth getting excited about.

We’ve been waiting for the Nokia 10 for a long time, so much so that it’s gone through a few names since it started being rumored – originally it was thought to be launching as the Nokia 9.1, but as time went on that changed to Nokia 9.2, 9.3, and then Nokia 10. We’ve even now heard that it could land as the Nokia X60, given the brand’s new naming scheme for its phones.

It’s also unclear when this phone will actually land, with numerous rumored release timings having been and gone with no sign of it.

But it could be worth waiting for, as rumors point to an in-screen selfie camera, a sapphire glass display, a penta-lens camera, a 108MP or 200MP main sensor, a 6,000mAh battery, a 144Hz refresh rate for the screen, and a top-end Snapdragon chipset. So this could be a very premium phone – if it ever arrives.

Epomaker Lite Review: Had a Ton of Potential

Tue Jan 11 , 2022
Epomaker has a ton of products under its name, and in recent years has done a pretty good job of delivering unique boards at a decent price. The same can be said about the company’s first-ever gasket-mount mechanical keyboard, the Epomaker Lite. The Epomaker Lite is a 60 percent gasket […] 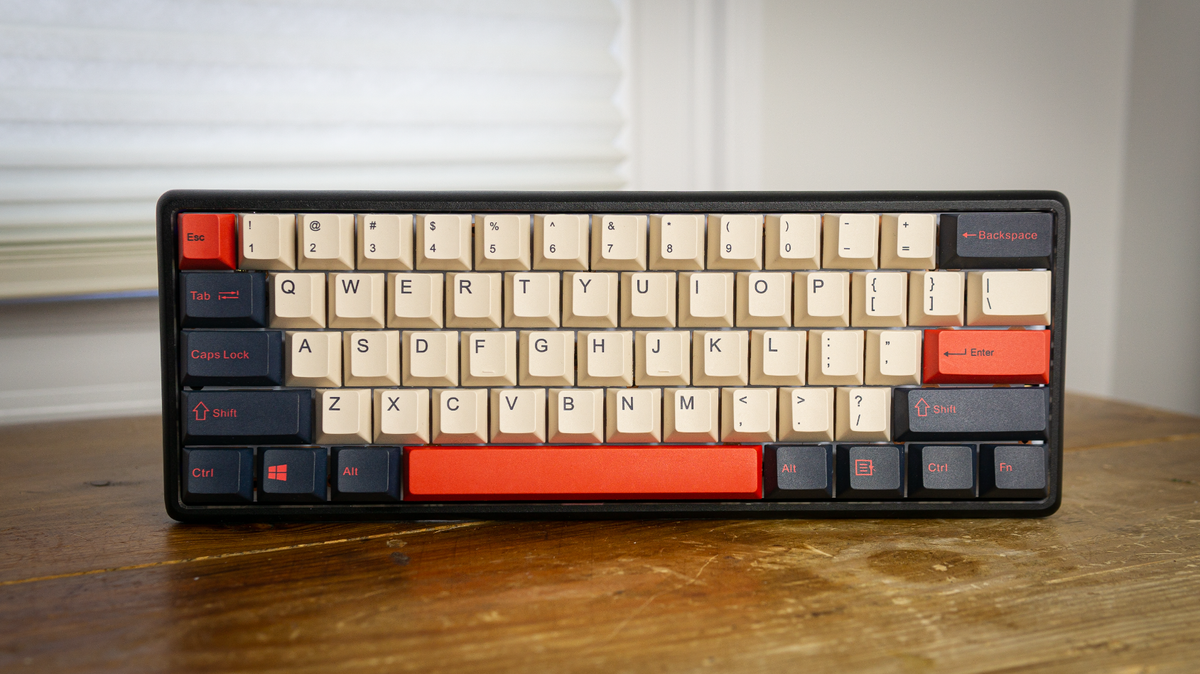