Boasting the second most wide-reaching fiber network, AT&T Fiber delivers ultra fast speeds with over 99% reliability. AT&T Internet (or DSL), on the other hand, may be slower and less reliable than fiber, but it can compete with cable.

These plans range from 10 Mbps to 100 Mbps (based on location), enough for a smaller household to regularly stream Netflix and browse social media. In addition to solid speeds, AT&T ranks higher in customer satisfaction than any other major cable company.

To gain a better understanding of these offerings, we spent over three weeks analyzing five popular plans, and comparing them across four top internet providers. What we found is a service that offers plenty of perks and money-saving bundling options.

If it’s available in your area, AT&T Internet is a sure bet for good speeds at fair rates.

Wide array of DSL speeds, each requiring a contract.

The introductory rates require a 12-month contract. After that, the price will be increased to the standard rate of $59.99 per month. This does not include taxes, which vary depending on which state you are in. Some customers could also find a $10 a month equipment fee and non-government required monthly cost recovery surcharges.

Internet speed depends on how many devices are accessing the internet and what activities you do on them. For example, if you’re just going to browse every once in a while you can get the slowest internet available if you want. If you and your spouse are using the internet for different things (such as streaming and/or gaming), you’ll need a faster connection speed. If you have four different people on different devices all doing different things, you may want to get the fastest internet speed available with no data caps.

Who is each AT&T plan best for?

It all depends on how many devices are in use and what kind of use there is. You can go with a slower plan and save some money if you don’t use the internet much or just want to browse. You’re going to need a faster internet speed if you want to stream, game, or work from home.

How fast is AT&T Internet?

In the FCC’s latest broadband report, AT&T’s DSL speeds far exceeded expectations, delivering speeds of 86% or better to 90% of its panelists. AT&T is reputed to have speeds that exceed other internet service providers such as CenturyLink and Verizon, although recent findings have faced scrutiny. However, indications of high performing speeds align with J.D. Power’s five-star rating for Performance and Reliability in AT&T’s largest operating market — the south.

It’s worth noting that the FCC only measured AT&T’s speeds up to 45 Mbps, meaning it’s “ultra-fast” fiber speed was not taken into consideration. Given that fiber connections are much more reliable than DSL, we expect these findings to only improve over the coming years.

Whatever AT&T plan you have available, you can count on receiving the speed you’re paying for.

Does AT&T have data caps?

Where is AT&T internet available?

Limited availability across 21 states, with an expanding fiber network.

Unfortunately, AT&T’s availability is fairly limited, with only 21 states having access to their service.

The good news? If you’re lucky enough to have it, the chances of having a fiber connection are much higher compared to other broadband providers like CenturyLink and Frontier. And even if you don’t have fiber available, AT&T Internet should be more than sufficient for moderate use.

Other factors to consider

Basic equipment that you must rent or purchase from AT&T directly.

Setting up your internet service with AT&T requires AT&T’s Wi-Fi Gateway, a modem/router combination device from AT&T that is used to connect your devices to the internet.

While some plans may include this gateway at no extra cost, most require you to pay an additional $10/month. And since AT&T doesn’t allow you to use your own equipment, the only way around this monthly charge is by purchasing the gateway upfront (up to $100). Although this hefty upfront cost may hurt your wallet initially, you’ll end up saving hundreds down the road.

AT&T will walk you through the specific equipment needs of your home, and professionals can install the system. The company also offers a self-installation option with a detailed guide and ample resources.

Transparent fees and 12-month minimum commitment, with costs typically increasing after that period.

AT&T requires a 12-month contract on all of its internet plans, with a prorated early termination fee of $180 if you decide to cancel before the year is up.

While every plan is different, most will go up in cost after the 12-month promotional period is over. Fortunately, AT&T is one of the more transparent providers and clearly states what that second year price will be in the offer details before you’re locked in.

If your home needs TV service in addition to internet, you can bundle for a better price on both. Bundling AT&T internet with either AT&T TV or DIRECTV typically starts around $90 per month and comes with free installation.

Purchasing an individual DIRECTV package starts at 155+ channels for $50 per month. DIRECTV is a satellite service, which means it’s available nationwide. It also offers some of the best options for sports fans.

AT&T TV packages independently start at 65+ channels for $50 per month. With AT&T TV , availability will depend on your location, and so will the exact bundle offers. However, given that the cheapest AT&T TV plan starts at $50, we recommend looking into other TV streaming services — like YoutubeTV — that offer more channels at a similar cost.

How does AT&T rank for customer service?

AT&T scores at the top among competitors for customer service

AT&T’s customer service continues to outperform every internet service provider, finishing at the top in every market it operates in – South, West, and North Central.

Where AT&T falls short in contracts and second year pricing, it makes up in how it treats and responds to its customers over this time period.

How does AT&T rank for customer satisfaction?

According to the 2019 ACSI Telecommunications Report, AT&T Internet ranks as no. 2 for customer satisfaction, leading the pack over popular cable internet service providers like Optimum, Spectrum, and Comcast Xfinity. The only service ranking higher, Verizon Fios, is fiber optic internet.

The report links AT&T Internet’s customer satisfaction to the expansion of its fiber service, but the company’s sales reps might also have a positive impact on its score. The reps we spoke with were kind, helpful, and patient with our questions. They also never pressured us to buy or to stay on the phone.

AT&T vs. other competitors

*Prices for stand-alone internet service, current at time of publication. Prices may vary by location. Contract length may vary and it’s subject to the starting price presented above.

What is AT&T’s best plan and how much does it cost?

AT&T’s best plan is their Internet 1000 plan, powered by AT&T Fiber. You’ll get a 1000 mbps connection speed. It starts at $50 per month, not including taxes, fees, or surcharges.

Where is AT&T available?

AT&T is available in 21 states, including Alabama, Arkansas, California, Florida, Georgia, Illinois, Indiana, Kansas, Kentucky, Louisiana, Michigan, Missouri, Mississippi, North Carolina, Nevada, Ohio, Oklahoma, South Carolina, Tennessee, Texas, and Wyoming. There are specific areas in each of the states where AT&T provides fiber internet services. It is not yet state-wide.

AT&T offers a wide variety of internet plans, and you’re sure to find one that suits your needs whether you’re browsing the internet or need a higher speed for gaming, streaming, or working from home. You can get the basic AT&T internet or AT&T Fiber internet for some amazing speeds. AT&T has the best customer service. If you have any questions or concerns call their customer service number. The customer service agents will happily help you in any way possible.

Fri Feb 18 , 2022
Last summer, we tested Corsair’s 7000D Airflow, a big full-tower case with no RGB, just great build quality and design, plus room for the beefiest of builds. The company’s latest iCue 5000T is another monster entirely. It’s still fairly big, and takes a little bit of this and that from […] 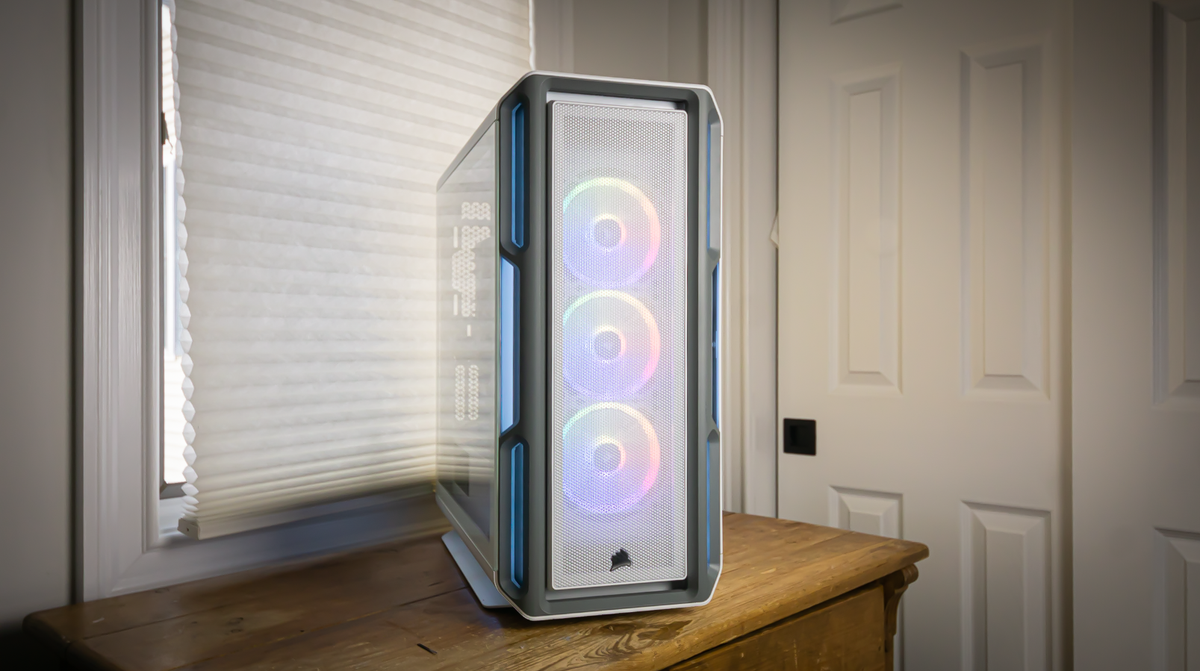