Ajalan T. Brown spent much of his leisure time playing with and learning about computers. As sometimes happens with individuals and their hobbies, he decided to turn his pastime into a career.

Last April, he became certified in full stack web development through an online course hosted by Skillspire, and before the 6-month long course even ended, Brown began searching for roles in tech with the full endorsement of his instructor. In only three weeks, he was offered a position as a software developer at Loop1, a company that provides technical solutions to clients domestically and internationally, in Austin, Texas.

“Graduates from our tech programs, and other schools, are in super high demand,” says Samia Ahmed, an instructor at Skillspire. According to the U.S. Bureau of Labor Statistics, the job growth outlook for software developers, quality assurance analysts and testers is up 22% from 2020-2030, much higher than other careers.

BLS also says about 189,200 openings for the above positions are projected each year, on average, over the decade.

Before becoming a part-time instructor for Skillspire, Ahmed worked doing scientific research at the University of Washington. One day she noticed her lab partner flew through the data analysis required in just minutes, something that took her hours to complete. She asked her how she analyzed the data so quickly and she told Ahmed about the Python script she used. Upon further investigation, Ahmed decided to learn more coding, which she’d already been teaching herself.

After a full-time immersive coding boot camp, she became a lead technical project manager in the IT department of a biotech firm where she works now.

Before learning web development, Brown was employed as a loan officer in a bank and then moved to a business development manager in sales. No matter what position you hold now — welder, car mechanic, barista, restaurant worker, etc. — enhancing your technology literacy can benefit you.

“Technology is relevant across so many disciplines,” says Ahmed. “And the game is changing.” An increasing number of companies don’t require 4-year degrees, she says. Instead, they prefer employees with the right skill set.

Tech is moving at a rapid pace and those who don’t have some basic computer literacy will be left behind. Everyone should have a fundamental understanding of the internet, a global network of billions of computers and other electronic devices connected via physical cables and wireless connections, Ahmed says. Delving into some facet of technology — web development, coding, data analytics, cybersecurity, etc. — can help you find a new job, advance in the career you have or set you up to go into business for yourself.

The pandemic proved how critical tech has become, she says. Entire companies had to move online, conduct virtual meetings and keep in contact with their remote employees.

Before committing to update your tech skills, be sure that’s what you want to do, says Brown.

“If it is, then dedicate time outside of class for reading and watching tutorials,” Brown suggests. “Commit to a minimum of 15 hours a week to augment the course you’re taking.”

This will develop a habit of learning outside your work hours, that you’ll need to become successful in your chosen tech career. It’s different than a regular job where you clock in and clock out and your work is done, he says. Instead, a lot has to happen outside work, but he enjoys that part, too.

Brown says this has been one of his smarter decisions, getting certified in full stack web development, and now he’s doing critical things professionally. For example, he teaches and mentors junior developers on the job and builds websites and software for others in his free time.

Ahmed says she highly encourages individuals to keep up with the direction the world is going. “Anyone can learn coding,” she says. “It’s much more achievable than I thought. If you’re interested, go out and start learning.”

Skillspire is a coding boot camp on a mission to help underrepresented communities, minorities, people of color, women and veterans to upskill, pursue lucrative careers in tech and diversify the industry as a whole.

Wharton’s Tyler Wry Designs a New Program for High School Students: ‘Innovation Is a Mindset As Much As a Business Practice’

Thu Mar 10 , 2022
The Wharton Global Youth Program is preparing to launch its first Essentials of Innovation program for high school students. This introduction to the world of new-venture creation will be held on Wharton’s San Francisco campus, July 10 to July 22, 2022.   As the March 15 priority application deadline draws […] 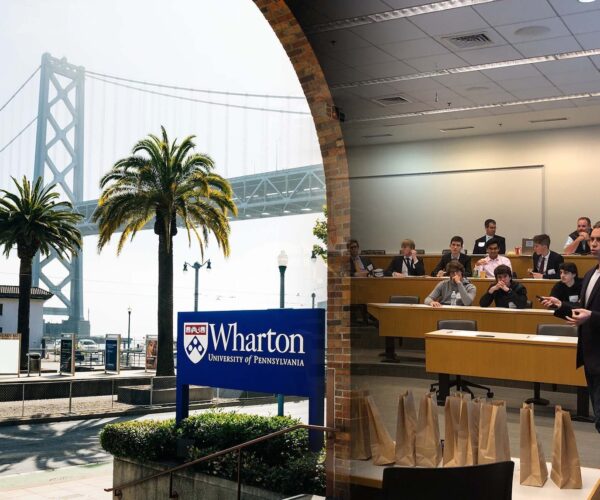