At this point of time, it is hard to tell if Nokia Mobile’s twitter account is being handled by individuals who have great admiration for previous Nokia device or simply by someone who could care less about implication of such tweets. Just a couple of days ago Nokia Mobile  ‘” teased’ the Nokia G20 which is surprising considering  Nokia G21 has been on the market for months.

Then , a poll was conducted to see which was our favorite Nokia device and majority seem to be fond of Lumia and Nokia N9. In what seems to be a follow up to that tweet, Nokia Mobile teased the possibility of a rather unique combination, Lumia, Nokia N9 and even the Nokia XR20. As usual,  this article is written based on my own opinion as usual as I am not affiliated with Nokia or HMD Global’

There are two possibilities with these tweets. One is if we brush it off as an insignificant tweet whereby Nokia Mobile is simply engaging their fans for more interaction and the other remote but exciting possibility that something great is at work. In this article, we will look in to a hypothetical situation where fans get what they have been asking all along.

There are a few concerns to be addressed before we move on. For those selecting Lumia in the initial tweet, was it the design or the camera that impressed us? While a certain Lumia model seem to gather a lot of love, neither the design nor the camera was unique to the Lumia series. This confusion has to be cleared before we proceed.

What we know now? As of now, a few things are certain. HMD Global will not pursue the high end market as stated in their recent interviews. HMD Global also seem to have adopted a new design for their device as we have seen with the Nokia G21.

So, that addressed our concern with HMD Global. What about Nokia N9? A masterpiece designed under the supervision of Marko Athisaari. This design is the most optimal design for a mobile device, in my opinion. What about the operating system? The promising Meego OS which had the potential to bring Nokia back to greater heights were killed in favor of giving live to Windows Mobile. A brainchild between Nokia and Intel, this operating system was then bought by Samsung which gave rise to Tizen OS and the loyal Nokia N9 team , that took the rights of the device and operating system to develop Sailfish OS. Many fans including myself were impressed with how connected we are with Nokia N9. The hardware truly compliment the operating system and for the first time we had a buttonless front as the interaction to control the UI was based on the simplest gesture we all are familiar with, SWIPE! So , the final piece of this puzzle is where Lumia stands in this equation. As I have said earlier, the Lumia designs were heavily influenced by Nokia N9. There is no question of Windows operating system for obvious reasons , which leaves us with The Pureview camera . Pureview developed greatly under the Lumia banner, and if there is any element of Lumia that I would want in a modern phone is certainly the camera segment. To acquire the rights of using Pureview algorithm and to continue where Lumia 950 series ended.

So, what does the tweet actually means? Well, there are a few scenarios that could happen here. There is a great possibility that parent Nokia company might want a more active involvement in the mobile segment as there is no better time for Nokia to spread its wings again then now. As the last remaining European mobile phone manufacturer, Nokia has what it takes to cater the western markets. Assuming Nokia is back to take charge, it wont be surprising if they could assemble back their original team.

So , Scenario 1 ; Nokia unites HMD Global with the designer of Nokia N9 and the Pureview engineers from Lumia division. This is the most possible scenario seeing how unoriginal their recent designs are and they could certainly do better to uphold the Pureview branding after the Nokia 9 Pureview debacle. This will certainly be a winning strategy. Imagine a sleek fabula design, with a Pureview imaging solution running on Android One. Whether it is a midrange or even a high end device, this will certainly be a crowd puller. I would certainly be more than glad to pay for an original Nokia design and with a camera algorithm by the original Pureview engineers!

Scenario 2 is whereby HMD Global decides to reboot the design by acquiring license to Nokia N9 design and does one themselves, and we get them in the cheerful Lumia colors with polycarbonate bodies. While this is totally not impossible and more probable seeing how HMD Global has the rights to produce Nokia branded device till 2026, this would certainly not bode well with true Nokia fans as this might be seen as another attempt for making quick cash, similar to how the rebooted Nokia 3310 was.

Scenario 3 is HMD Global decides to create a new generation of ‘midrange device’ with the ‘impressive ‘ SD 480 series processor , running on a Nokia N9 swipe gesture based UI, using colorful polycarbonate bodies similar to Lumia device back in the day.

At the end of the day, we all could agree that fans are not exactly happy with where HMD Global is heading. Nokia currently remains the choice of those who grew up with it and if they fail to get the attention of new customers, the mobile division will be as irrelevant as temperature scanners at shopping malls these days. I truly wish for Scenario 1, a rebirth of Nokia phones in the rightful way without depending on third party vendors for software or hardware support!

With that said, as always, the tweet may not have any meaning to it and we , the fans, might be over thinking as usual. So, what do you feel about this? Are there any other possible scenarios from this mysterious tweet?

For those with the Nokia N9, here is my video on how to bring it back to life along with maps and alternative store:

And this is one of my early videos to show how the Pureview as evolved over time :

Tue Apr 26 , 2022
Today’s best Charmed Labs Vizy Camera deals When the Raspberry Pi 4 burst onto the scene, with four 1.5 GHz CPU cores and up to 8GB of RAM there was a gasp from the community. The extra horsepower provided those interested in machine learning and AI to finally use the […] 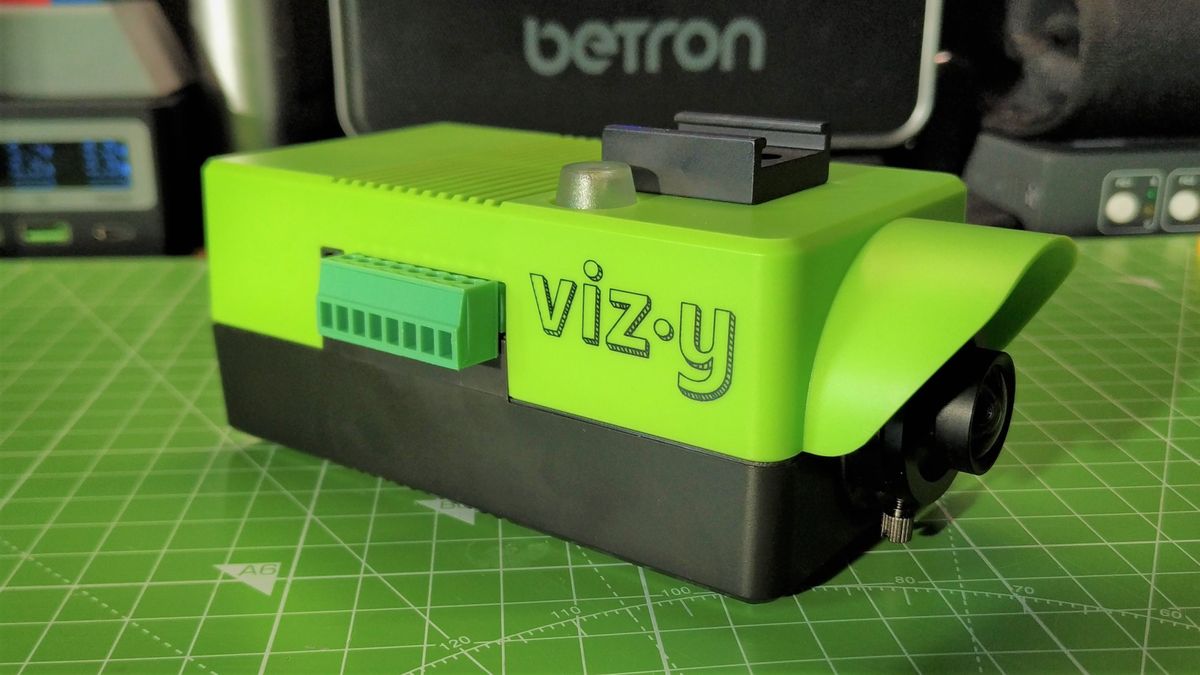