Government websites for urgent health needs have a way of manufacturing high drama. Who can forget the rollout of Obamacare’s Healthcare.gov? And how many people searching for Covid vaccines early in the rollout put a fist or head through the wall when thwarted by online appointment portals?

Designing a website requires features that can serve web-savvy Gen Zers without choking people with poky internet service. Then, there are questions about how many different languages to feature, and how to make the site accessible to users with disabilities.

The Biden administration heard both the enthusiasm and the groans this week when it activated COVIDtests.gov, a website allowing Americans to order free rapid tests for the pandemic. Early reviews are OK, despite a glitch that made it difficult to delineate residents of apartments and other multiunit dwellings. One doctor called it “remarkably quick and easy.” And the website took off fast: As our colleague David Lim noted, at one point, visits accounted for nearly half of all internet traffic to U.S. government sites.

But the ultimate verdict may hinge on the site’s staying power, and whether developer tweaks and revisions address the user experience as a crisis surges and ebbs. With Omicron on the loose and the Biden administration pressing people to get their initial vaccine series and boosters, we asked two experts to revisit Vaccines.gov, the federal Covid vaccine appointment finder, and rate it, Siskel and Ebert style.

“Thumbs up!” said Shannon West, who formerly worked with the U.S. Digital Service, a unit set up in the wake of the troubled Obamacare health insurance shopping site fiasco, in 2014. West said the Vaccines.gov search features and maps are fantastic. “Being able to book an appointment directly on the site would be awesome,” she said, adding that the seamless integration was helpful.

Vaccine registration sites got poor reviews upon their debut for their accessibility — many sites were simply not compatible with the screen reader technology users who are blind or have low vision rely on. The latest version doesn’t suffer from that problem.

“The site is accessible, with proper use of headings, alternative text, and labels on form controls throughout,” said Karl Belanger, an accessibility analyst with the National Federation of the Blind.

The overall quality suggests the government is beginning to get a better handle on website development — or at least improvement when there are early problems. Remember, early on in the vaccine rollout, Kaiser Health News came out with a scathing review of state vaccine registration sites, concluding that nearly all had some sort of problem for users who are blind or visually impaired.

In its own way, that bodes well for the government’s efforts to steal a few tricks from Silicon Valley, where they think fixing your errors, making constant improvements and being flexible is a way of life.

Welcome back to Future Pulse, where we explore the convergence of health care and technology. Share your news and feedback: @dariustahir, @ali_lev, @abettel, @samsabin923, @_BenLeonard_.

Jonathan Cohn @CitizenCohn “Chiming in to agree that http://covidtests.gov is almost ridiculously simple to use. Have to see how distribution goes, obviously, but so far so good.”

MODERNA COMBO JAB DUE NEXT YEAR?: Moderna wants to market a combined booster vaccination for Covid-19, influenza and the common respiratory syncytial virus as soon as the fall 2023, CEO Stéphane Bancel said during a virtual panel discussion at the World Economic Forum this week.

The combination vaccine would give people broad protection against illnesses caused by respiratory viruses ahead of the winter without having to obtain multiple shots, POLITICO Europe’s Douglas Busvine writes.

Bancel told investors in September that Moderna was working on a booster shot that would combine its mRNA vaccine for coronavirus, a vaccine the company is developing against influenza and possibly a dose to treat RSV. The Covid booster is currently in Phase III trials while the flu vaccine under development — which also uses mRNA technology — should progress from Phase II to III trials in the second quarter.

Investors sold off Moderna shares after an update in December reported an early-stage study showed the vaccine generated antibody levels against all four flu virus strains, but the levels were less robust in older people than levels generated by an existing flu jab from Sanofi. Bancel also confirmed Moderna plans to ship 2 to 3 billion doses of Covid-19 vaccines this year, after 807 million in 2021.

CYBERSECURITY IS TOP HEALTH SAFETY HAZARD: 2021 was not a great year for health care cybersecurity. Ten health care organizations suffered breaches of more than a million patients’ data, according to the federal government; the Food and Drug Administration sent out multiple warnings of cybersecurity holes in medical devices, and big manufacturers like Medtronic were forced to recall products.

Add it all up, and safety experts at the nonprofit ECRI are calling cybersecurity their top health technology hazard for 2022, ahead of supply-chain shortfall, damaged infusion pumps and inadequate emergency stockpiles. “The question is not whether a given facility will be attacked, but when,” said Marcus Schabacker, the organization’s leader.

And we’ve seen attacks have actual safety consequences: Ransomware can take critical software or monitoring devices offline, potentially resulting in patient death, as The Wall Street Journal reported last fall. Given the increasing digitization of health care, reports like this will likely multiply. 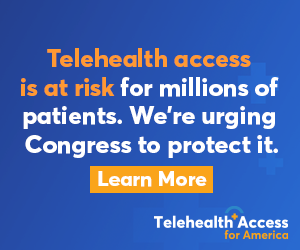 TRUSTED INFO SHARING: Sharing patient data between electronic health record systems could become as seamless as handing off calls between cellular providers under a new framework from the federal health IT office and the nonprofit Sequoia Project.

The collaboration between the Office of the National Coordinator for Health Information Technology and Sequoia was mandated by the 21st Century Cures Act, POLITICO’s Ben Leonard writes.

The trusted exchange framework released Tuesday sets forward nonbinding principles covering transparency, standardization, privacy, access and equity. Platforms like Health Gorilla will soon be able to apply to become Qualified Health Information Networks, or QHINs, which will be able to share data nationwide once they sign a common agreement, exchange information and have the necessary infrastructure in place.

A lack of standards enabling networks to exchange queries with one another has been seen as a barrier to interoperability because patient data can reside in multiple networks spread across several states. The goal is to create broad qualified networks, as opposed to one that serves a single EHR’s customers or whose members are in a single state.

MISSED DEADLINE ON FDA FEES: The Food and Drug Administration and the medical device industry missed a Jan. 15 deadline to submit an agreement to Congress outlining the contours of a five-year extension of a user fee program that helps fund evaluations of products ranging from oxygen masks to next-generation pacemakers and ventilators.

POLITICO’s David Lim writes the two sides have not had a formal meeting since before Thanksgiving; however, conversations between high-level FDA officials and industry negotiators are ongoing.

The current user fee agreement runs until the end of fiscal 2022 — a hard deadline for the lawmakers trying to finish the must-pass legislative packages. The effort to extend it for five years may yet intersect with congressional work on a follow-on to the 21st Century Cures biomedical innovation package.

CMS IN DRUG COVERAGE DRAMA: Barely a week into a 30-day public comment period, drugmakers and patient advocacy groups are mounting an aggressive push to strong-arm the Centers for Medicare and Medicaid Services into reversing a preliminary decision to limit coverage of Biogen’s Aduhelm, the controversial $28,200-a-year Alzheimer’s drug.

POLITICO’s Katherine Ellen Foley and Megan Wilson write the effort is built around the argument that CMS could stifle innovation if other drug companies suspect the agency will overrule the FDA while creating a paradigm that will disproportionately harm patients with low incomes and patients of color.

Harry Johns, the CEO of the Alzheimer’s Association, said his group plans to lobby the White House, warning that millions of patients will be left without a drug they thought they could soon receive.

Medicare this month limited coverage of Biogen’s new drug for patients enrolled in ongoing clinical trials, effectively cutting off access to the first new Alzheimer’s treatment in nearly two decades, which the Food and Drug Administration approved in June despite conflicting trial results.

It’s rare for CMS to change criteria between a draft and final coverage decision. In 2019, CMS proposed requiring hospitals administering CAR-T-cell therapies to track patients in observational studies. Hospitals complained it was too burdensome, and CMS relented.

Artificial intelligence should be in touch with our emotions, says The Washington Post.

More than ever before, telehealth is an integral component of high-quality, patient-focused, and affordable health care. Emergency access to telehealth during the COVID-19 pandemic made virtual care essential to health care. Without action from Congress, millions of families will lose access.

Millions of patients have come to rely on telehealth, using it to see their providers, get prescriptions, or manage their health – and more than 90 percent of U.S. voters support urgent action to safeguard access to virtual care. We urge leaders in Congress to take decisive action now. Learn more → TelehealthAccessForAmerica.org

Sun Jan 23 , 2022
Alarm clocks reside by the bed for years, but are forgotten. We acknowledge their presence twice a day, once in the morning and the other time while setting an alarm before going to bed. With the Smart Clock 2, Lenovo isn’t trying to remodel our relationships with an alarm clock. […] 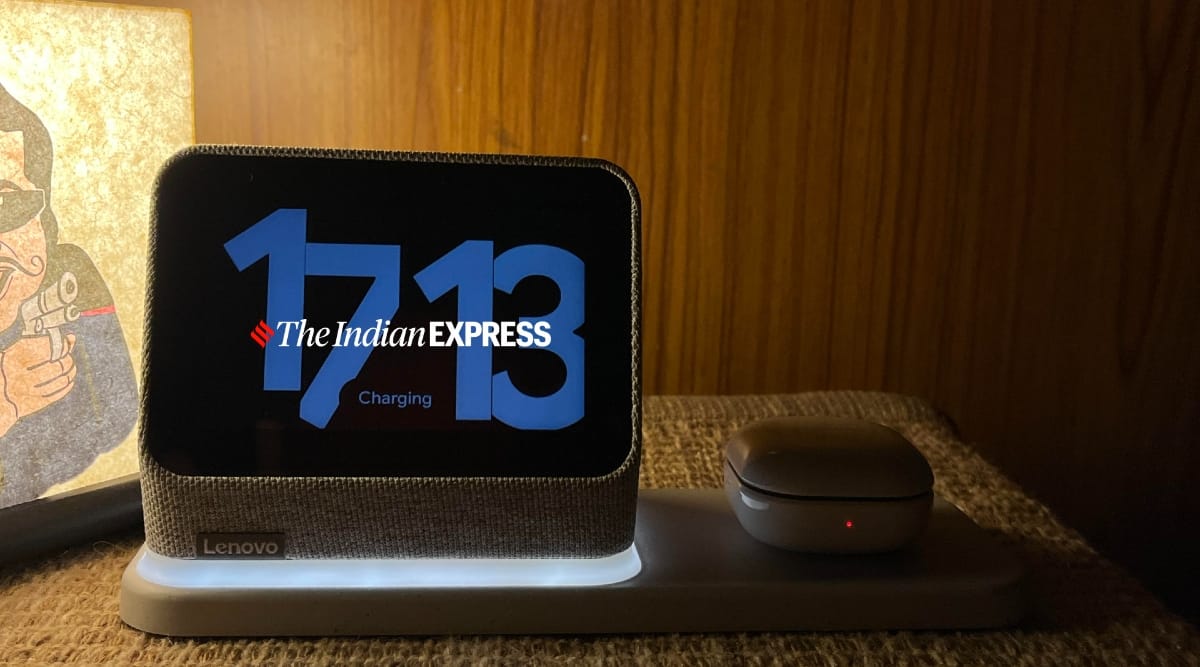