The Honor Magic 4 Pro is a much bigger deal than it might initially seem. If you’re familiar with the Honor brand at all, it’s likely as Huawei’s erstwhile budget sub-brand. Things have changed quite dramatically on that front in recent times.

Due to ongoing political sanctions levelled at Huawei, Honor struck out on its own in May 2021. It’s now essentially taken over where Huawei left off, providing similarly high-grade Android hardware and custom software, but with full access to Google’s apps and services.

All of which brings us to the Honor Magic 4 Pro, which is the brand’s first outright flagship phone to be released in the West. The question is, can a fully fledged Huawei flagship phone (in all but name) still cut it against the flagship class of 2022?

Honor Magic 4 Pro review: What you need to know

The Honor Magic 4 Pro comes fully equipped for an assault on the Android major leagues. Its core specs include a slick glass-and-metal design, Snapdragon 8 Gen 1 chipset, and a large 6.81in 120Hz OLED display.

More noteworthy is a triple camera system in which the 50MP wide and ultra wide sensors aren’t even the main event. That privilege falls to a 64MP periscope telephoto with 3.5x optical zoom potential.

This pitches the phone right up against the starting prices of the iPhone 13 Pro and the Samsung Galaxy S22 Plus. It’s worth pointing out, however, that you’ll need to spend £999 and £1,049 respectively if you want to bump those phones up to the same 256GB capacity.

Squeezing from the opposite direction are the OnePlus 10 Pro (£799) and Google Pixel 6 Pro (£849). Bumping those rivals up to 256GB will cost £899 and £949 respectively, which brings them into direct competition with the Magic 4 Pro.

READ NEXT: The best smartphones

The Honor Magic 4 Pro doesn’t seem to have received the memo on the 2022 trend for subtle matte or frosted finishes. While the phone mixes with the Xiaomi 12 Pro and the OnePlus 10 Pro in many respects, it looks quite different.

On the glass-topped rear is coated in a hyper-reflective, tinted-mirror finish. The camera module, meanwhile, is a real attention hoarder – a huge black circle with the wide, ultra wide, and depth sensors surrounding a prominent telephoto lens.

There’s a somewhat distracting camera module to be found around the front of the phone, too. Honor is one of precious few Android manufacturers to provide an equivalent to Apple’s Face ID authentication system. The resulting expanded hole-punch notch might not be the prettiest, but being able to unlock your phone quickly and securely with a glance is blissful, particularly as someone who runs an iPhone 13 Pro when not reviewing.

Unlike Apple, Honor has also provided the option of an in-display fingerprint sensor, so everyone is catered for.

This is a big phone at 164 x 75 x 9.1mm. I weighed it at 216g, which is heavier than both the OnePlus 10 Pro and the Google Pixel 6 Pro. Unlike the Xiaomi 12 Pro, it doesn’t drop the ball on dust and water resistance, either, with IP68 certification present and accounted for.

You get a good set of stereo speakers, too. Neither of them is front-firing, but they achieve decent separation and crisp highs, if not especially rich lows.

On the software front, Magic UI 6 (laid over Android 12) sticks to its Huawei EMUI roots, with a familiar level of flab on display, and a few too many pre-installed applications for its own good. It doesn’t flow as much as rival UIs, and there’s an annoying lock screen shortcut menu that clashes with the swipe-to-unlock gesture.

But it’s otherwise reasonably clean and snappy, and unlike EMUI it has full access to and integration with Google Play Services. Google Feed is to the left of the home screen, Google Play Store is your source of apps, Chrome is your main web browser… it’s a thoroughly normal Android experience, in other words. That should come as a blessed relief for anyone who has loved Huawei’s latter-day hardware, but simply couldn’t abide its compromised software.

The Honor Magic 4 Pro is fronted by a large 6.81in OLED display with a somewhat unusual 2,848 x 1,312 resolution. This falls right in between the QHD+ and FHD+ options other Android manufacturers go for, but matches the 460ppi pixel density of the iPhone 13 Pro.

We also get the full 120Hz refresh rate treatment, with LTPO panel technology that can scale right down to 1Hz according to the task. A peak brightness of 1,000cd/m² falls just a little short of some of its rivals. The OnePlus 10 Pro can hit 1,300cd/m², for example, while the Samsung Galaxy S22 Plus cranks right up to 1750cd/m² in direct sunlight. Still, I measured a maximum measured luminance of 558cd/m² with autobrightness turned off, which is perfectly decent.

One thing Honor claims to have improved over its rivals is a 1,920Hz flicker rate, which is four times higher than the iPhone 13 Pro’s 480Hz. I honestly can’t say that I noticed a difference, but any reduction in eye strain is likely to be subtle and beneficial over a longer span.

Colour accuracy is strong, with 93.2% of the sRGB space against a total volume of 93.3% in the phone’s Normal mode, which I switched to from the more pronounced pop of the default Vivid mode. An average Delta E of 1.48 is also decent, though not quite as close to the 0.9 ideal as the Google Pixel 6 Pro gets.

One thing that hasn’t been brought across from the Huawei days is the latter company’s own HiSilicon Kirin processor. Instead, Honor has fitted the Magic 4 Pro with a Snapdragon 8 Gen 1 from Qualcomm.

It’s as close to a safe pair of hands as you can get in the Android flagship space, and it means that the Honor Magic 4 Pro performs as well as most of its competitors. Geekbench 5 scores of 979 in single core and 3,311 in multi-core pitch it level with the OnePlus 10 Pro.

That’s largely true of the GPU benchmark tests too, although the Honor Magic 4 Pro’s lower display resolution might account for a higher score of 116fps on the Manhattan 3.0 Onscreen test.

In regular use I didn’t experience any issues with the Honor Magic 4 Pro’s performance whatsoever. The famously scalable Genshin Impact runs on Medium/30fps by default, but I was able to crank that right up to Highest/60fps without sacrificing playability – albeit with the odd dropped frame.

One potential concern is the Honor Magic 4 Pro’s smaller-than-average 4,600mAh battery. Most 2022 Android flagships have bumped their cells up to 5,000mAh for comfortable all-day usage.

I was able to get through a full day with the Magic 4 Pro with the display cranked to the High refresh rate setting, but it might be a stretch to call it comfortable. In a day of which I’d term fairly moderate usage (3hrs 30mins of screen-on time), I was left with around a third of a tank. More intensive use is going to drop that to a level that leaves you looking around for a wall socket.

In our extended looping video-based video test, the Honor Magic 4 Pro lasted 19hrs 9mins, which is far from calamitous, but also far from the best. It drops around 2hrs 30mins short of the OnePlus 10 Pro, roughly matches the Samsung Galaxy S22 Plus, and beats the Google Pixel 6 Pro by almost two hours.

The phone’s charging provision is extremely competitive, however. With a 100W charger included in the box, it’s capable of getting you from 0 to 100% in less than 30 minutes. I recorded getting to 59% in just 15 minutes.

Just as remarkably, Honor has also packed in support for 100W wireless charging. You’ll need to buy a special charger for the job, however, and the cooling fan makes a bit of a racket while it’s working.

Honor has gone big on its camera offering, and I’m not just talking about that sizable camera module. This triple sensor set-up (quadruple if you count the TOF 3D depth sensor) sure packs in the pixels.

Both the wide and ultra wide sensors are 50MP, with the wide in particular measuring in at a sizable 1/1.56″ and packing an advanced 7P lens element. But the main attraction here is a 64MP periscope telephoto, which achieves a 3.5x optical zoom.

Thanks to OIS, Honor’s AI enhancements, and extensive cropping, this zoom can be extended right up to 100x. As with any other extended digital zoom systems, however, I wouldn’t recommend going beyond the 10x that’s presented as the maximum go-to zoom in the camera UI. You have to touch and drag further to go beyond 10x, which is a tellingly obscure system.

The Magic 4 Pro’s main camera largely holds its own with the iPhone 13 Pro and the Xiaomi 12 Pro when it comes to natural, balanced shots in good lighting, and blows the garish OnePlus 10 Pro out of the water.

Low light performance is acceptable, but falls well short of the iPhone 13 Pro. The Magic 4 Pro tends to over-brighten dark scenes, while lacking the crisp detail and depth of Apple’s low light maestro. I also prefer the way that the Xiaomi 12 Pro preserves shadow in such scenes. There’s a slight fuzziness to very challenging dark shots, which might be explained by the curious lack of OIS on the main sensor.

Ultra wide results are a little cooler and flatter than the wide, which isn’t unusual, but they’re still reasonably sharp and well exposed. Thanks to autofocus, it can also double as a macro camera, if you’re into super-close-ups.

The 12MP front camera is a decent performer, preserving skin tones and reining in bright areas quite effectively. It also offers a much wider 100-degree angle than most selfie cameras, making it useful for landscape selfies and group shots.

The Honor Magic 4 Pro represents a very strong flagship debut from the former Huawei sub-brand. It takes much of what we’ve always liked about Huawei’s premium hardware, with a sleek design, an excellent display, and a fine all-round camera system, but restores that reassuring Google support – even if Magic UI continues to be a second-tier Android skin at best.

The phone’s stamina is a little lower than some of its rivals, which is a disappointment, but Honor partially makes up for this with blistering 100W wired and wireless charging support.

All in all, the Magic 4 Pro sits just a bit behind the best that Apple, Google, and Samsung have to offer, but it has enough unique flourishes to make it a viable left-field alternative to any of them.

Fri May 27 , 2022
Creating your own website is an extremely satisfying endeavor, especially as a budding blogger or a new business. However, the path to creating a website can be overwhelming and confusing, particularly for cash-strapped, first-time builders. There are many options to consider, including your potential site’s domain name, server type, and […] 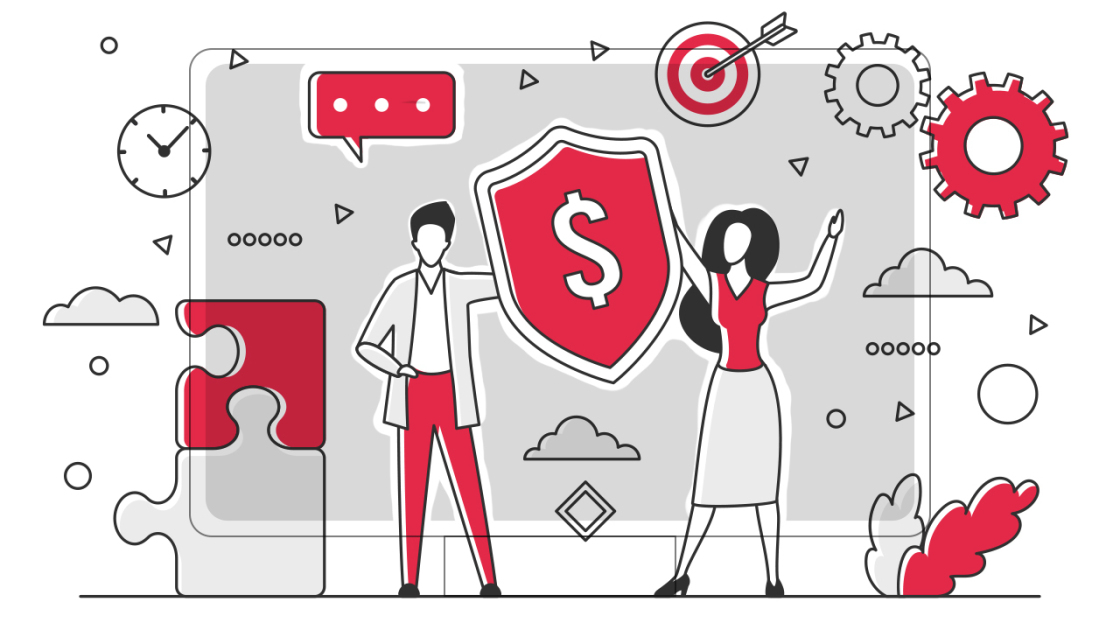