Ukraine has suffered multiple internet and connectivity outages since the Russian invasion began.  Seeking to restore vital connectivity to his citizens in the face of the Russian military threat, Vice Prime Minster Mykhailo Fedorov tweeted at SpaceX CEO Elon Musk asking for help. After receiving what is arguably the first regulatory approval by Tweet, Musk and SpaceX responded by shipping the Starlink user terminals to Ukraine on March 1, 2022.1  The non-geostationary satellite orbit (“NGSO”) satellite broadband service now serves as a vital tool for connectivity where traditional terrestrial infrastructure fell short.2

Over the past two decades, there have been numerous examples of the fallibility of terrestrial telecommunication infrastructure when natural or man-made disasters strike, leaving thousands without reliable communications, including emergency responders.  In order to restore network connectivity, federal and local governments, as well as emergency response teams, often turn to satellite network operators to provide rapid, reliable, easy-to-deploy connectivity solutions to keep communities connected.  Despite the reliance on satellite connectivity in the wake of devastating emergency situations, governments—including the United States—have failed to place significant emphasis on or investment into satellite technology during communications resiliency planning.3  Given the advantages of satellite connectivity in emergency response and preparedness, the Federal Communications Commission (“FCC”) and other government agencies, such as the Federal Emergency Management Agency (“FEMA”), should proactively plan for its use, rather than merely as a reactionary response during and in the aftermath of a crisis.

Satellite networks can be incorporated into resiliency frameworks to provide true path and technology diversity.  Once a satellite network is launched into orbit, all that is needed to deliver reliable connectivity service is a terminal on the ground, which can often be set up in a matter of minutes.  In the event of power disruptions, satellites can be powered by solar panels and battery packs, making the technology uniquely suited for natural disasters and armed conflicts, during which power outages are frequent.4  As such, satellite technology has an essential role to play in ensuring connectivity in the face of natural disasters, fiber cuts, and other emergency situations.  Satellite connectivity provides much needed redundancy, more resilient networks, and in turn, better emergency communications and response.

In fact, satellite technology has played an important role in emergency response in the United States for decades.  One week after Hurricane Maria made landfall in Puerto Rico, 9-1-1 services remained compromised and over 90 percent of cell sites were out of service.5  Satellite technology was vital to restoring connectivity in the aftermath of the storm.  FEMA distributed satellite phones to the island’s leadership.  Companies deployed VSAT terminals, base stations,  satellite mobile devices, and solar generators to restore 4G/LTE, create hot spots, enable medical facilities and pharmacies, and facilitate insurance claim processing.6

Stakeholders in the satellite industry have long encouraged the FCC to take proactive steps to explicitly integrate satellite technology into its resilience planning.  Each year, there are countless instances where satellite companies are called upon to restore connectivity following natural disasters, fiber cuts, and manmade crises.  As satellite technology continues its rapid evolution, its vitality to network resiliency will only grow.

Recent history has again demonstrated the clear value of satellite communications technology in emergency response.  This “life saving” technology, in the words of Vice Prime Minster Fedorov, allows families displaced or separated by conflict to communicate and aids emergency workers in locating and assisting the injured, not to mention fostering strategic government and military communications.7  The Ukraine-Russia conflict provides another clear illustration of why satellite connectivity should be a key component in the FCC’s pre-existing plan to address communication resiliency preparedness.  By preparing for use of satellite technology before the need arises, the U.S. government can ensure minimal disruption in critical communications at those unique and unexpected moments when they are needed most.  In order to foster networks that are more resilient to extreme weather events, conflicts, and accidents, the FCC should prioritize, plan for, and incentivize the use of satellite technology.

Sat Apr 2 , 2022
Starting Monday, students at a high school in central Missouri will be required to leave cell phones at home or check them into the office until dismissal. Steelville High School Principal Steven Vetter notified parents Thursday of the change, which he described as permanent. “Students will be asked to either not […] 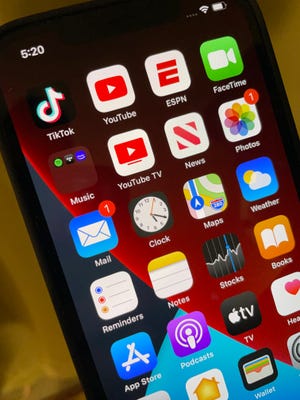