In 2011, ahead of his first appearance at the Masters at Augusta National Golf Club, Rickie Fowler arrived at a pre-tournament press conference wearing a baseball cap turned backward.

When club member Ron Townsend spotted it, he immediately asked the player to turn it around and wear it properly.

Fowler, who has said he wore the hat that way so people could see his face, thought Townsend was joking.

Townsend repeated his demand and Fowler relented — lest his Masters experience end before it even began.

The player’s brush with Augusta authorities is typical of the staid Georgia club, which hosts this year’s Masters beginning Thursday, possibly with the inclusion of Tiger Woods.

“Augusta is unlike any other club in the world,” said one insider, who wishes to remain anonymous as he would like to return to the place. “There’s such a long list of things you can’t do … They simply don’t stand for any nonsense.”

Among the rules: No asking for autographs, no cellphones, no cameras. No beepers, either, should you be visiting from the year 1992.

Started by Bobby Jones in 1934 — and, unlike the sport’s four other major tournaments, the only one ever played at the same course — the Masters might be the youngest of golf’s four major championships, but it’s become known as the one where standards and tradition are everything.

From the impeccably maintained Georgia course without a flower out of place, to the absence of any advertising whatsoever on the grounds, it is a club, and an event, that stands alone.

“It’s a wonderful place and a fantastic tournament, but they are utterly obsessed with maintaining this so-called mystique,” said another source familiar with the club. “I get it, but it’s 2022 and they deny people access to their phones for the entire day. It’s barbaric!”

The standards apply to everyone, whether you’re a player or a member, a journalist or spectator — or rather, “patrons,” as Augusta insists on calling fans.

Normally, when the gates open for championship tournaments, spectators scramble to reach the best vantage points around the course. But with no running allowed at Augusta National, it’s more of a power-walking race.

If the Georgia heat takes its toll, don’t count on sitting on the lush grass — it’s not permitted.

You’ll have to bring your own chair, but it can’t have any armrests. (They take up too much space.)

Want to watch a game with your young child? No problem, so long as they don’t need a stroller, which is forbidden.

There are no signs, no coolers, no backpacks tolerated.

You are allowed to wear a fitness tracker, though, which might be useful to keep a track of your heart rate as you work not to break any rules.

One upside: Though the tickets, or “badges,” are some of the most sought-after in sports, the exclusive nature of the event isn’t reflected in the cost of the on-course concessions. One of Augusta’s legendary pimento cheese sandwiches, for instance, costs just $1.50 while a beer will set you back $5 (although that’s gone up $1 since last year).

Supply-chain issues this year, however, have meant that the popular Georgia peach ice cream sandwich is not available.

Of course, cheap beer can increase the likelihood of heckling — and Fred Ridley, chairman of Augusta National, won’t stand for such hooliganism.

“We believe that [the no-heckling rule is] important, not only here at the Masters, but in every tournament,” he said in 2018. “We take that part of our policies very seriously, and we will always take action to make sure that all of our policies are enforced, including that one.”

In recent years, the club has instructed its security marshals to listen out for any outbursts, even issuing them with a list of phrases that, if heard, can lead to a patron’s immediate ejection. Any time Augusta officials notice fans at a more laidback competition call out something silly, they ban it before it can make its way there.

Lately, that’s ranged from the mundane (“You da man”) to the ridiculous (“Mashed potatoes” and the Budweiser catchphrase “Dilly Dilly”) to the heartbreaking (“RIP Harambe!”).

But there’s a reason why everyone in attendance is so reverential: Augusta will kick you out if you don’t follow the rules.

In 1994, the CBS analyst Gary McCord said on air that the 17th green was so quick that it looked like it had been “bikini-waxed,” before joking that the “body bags” of golfers who had fallen victim to the hole were just behind the putting surface. He was banned by organizers from working the Masters and has never been asked back.

Meanwhile, in 2012, Alan Shipnuck, the esteemed golf writer and biographer of Phil Mickelson, wandered into Augusta’s Butler Cabin as new champion Bubba Watson was being presented with his green jacket. But the media — with the exception of the CBS broadcast team, as the network is an official partner — isn’t allowed in, and Shipnuck was hit with a one-year ban from the club.

Last year, as three-time winner Gary Player took part in the traditional Honorary Starters ceremony, his son and caddy, Wayne, took the opportunity to hold a branded sleeve of OnCore golf balls in full view of the TV cameras. Later, he told Golf Digest magazine that he hadn’t been paid for the stunt and had only done it because he thought “it would be cool for fans to know what ball my dad was teeing off with.” The Masters, however, took a dim view of it and permanently banned him from the club.

If you find the club’s quirks and customs to your liking, don’t bother asking for an application to join. Membership is by invitation only — and if you ever publicly mention that you want to join, you won’t be invited.

“Yes, the rules seem overly restrictive and draconian,” said the insider. “But, in a weird way, they’re actually part of the charm of the place — everyone knows where they stand.”

Wed Apr 13 , 2022
Rita El Khoury / Android Authority Few phones were as anticipated as the Pixel 6 Pro in 2021. Hailed as the first “true” Google phone, it represents the company’s debutant attempt at building an integrated mobile experience from the ground up. With a unique external look, Google Tensor powering the […] 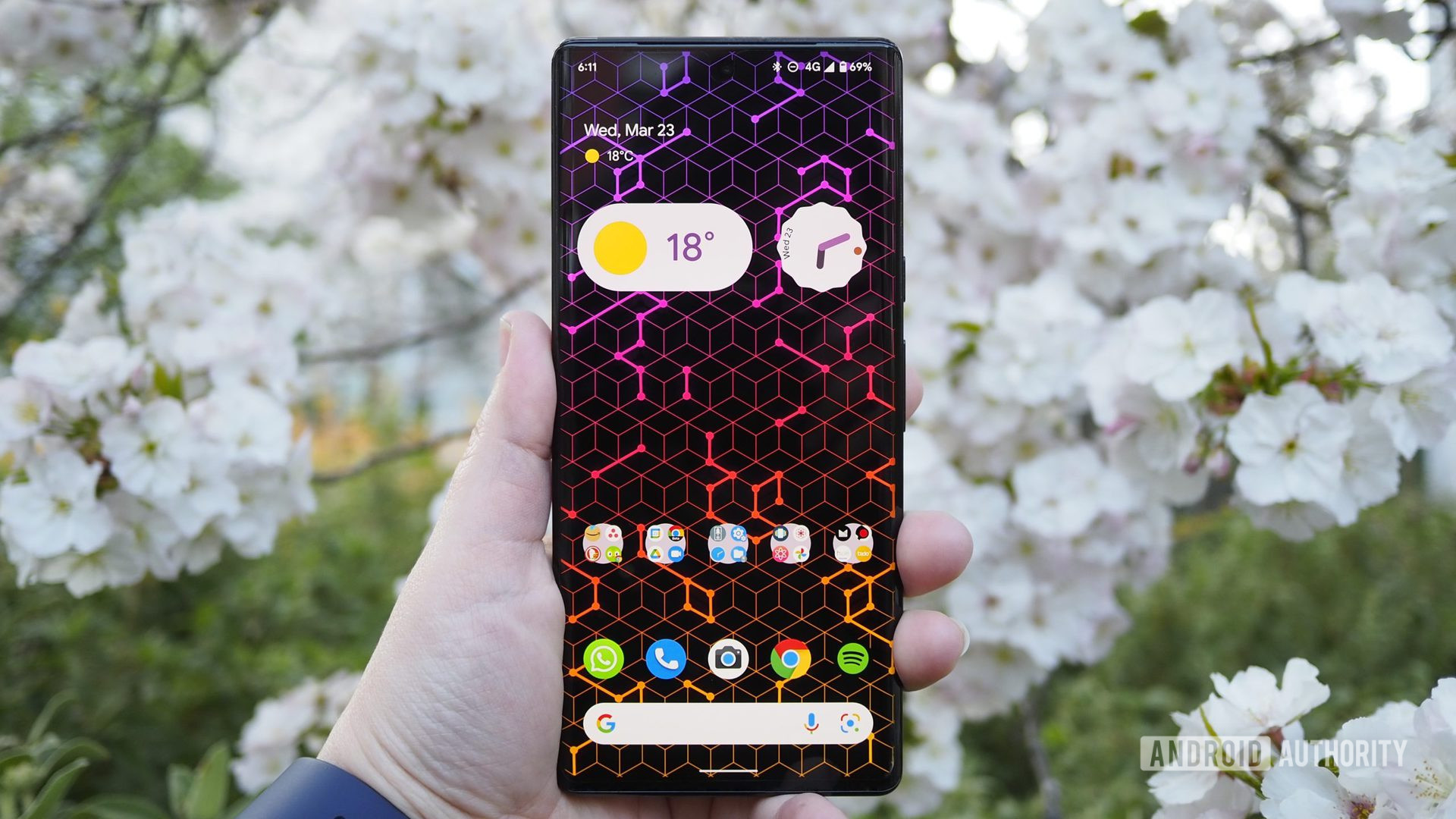