Apple’s $429 iPhone SE and Samsung’s $450 Galaxy A53 5G both launched last month as more affordable alternatives to the Galaxy S22 and iPhone 13. Although both feature 5G connectivity and a similar price, they have little else in common, as the companies take opposite paths to cheaper phones. Samsung’s A53 brings higher-end features like a multilens camera and a display with a high refresh rate to a more affordable device. The iPhone SE, on the other hand, has an old-fashioned design packed with Apple’s latest mobile processor.

Which one is right for you will largely depend on whether you prefer Android or iOS. But these devices also illustrate how differently Apple and Samsung approach the market for lower-priced phones. Samsung cares about imitating its high-end phones, while Apple prioritizes performance and drawing customers into its ecosystem of services and accessories.

Here’s a closer look at how the two phones compare.

Samsung goes for a modern design; Apple sticks with its classic build

Appearance is perhaps the biggest difference between the Galaxy A53 and the iPhone SE. The Galaxy A53 could easily be mistaken for other Samsung devices such as last year’s Galaxy A52 5G and the Galaxy S21 FE. Like those phones, the A53 has a nearly borderless screen with a hole punch-shaped cutout for the front camera. The back of the device has a matte finish with a rectangular module for the device’s camera. Samsung is clearly trying to replicate the general look and feel of its Galaxy S phones on the Galaxy A53, but with some compromises. For example, the Galaxy A53 has a plastic construction that doesn’t feel as luxe as the glass build found on the iPhone SE and Samsung’s more expensive Galaxy S22.

The iPhone SE has a retro look that’s distinctly different from the iPhone 13 and Apple’s other recent phones. It essentially has the body of an iPhone 8 packed with the guts of an iPhone 13. That means it has the same thick bezels above and below the display as Apple’s older iPhones, along with its Touch ID home button. It’s the only iPhone Apple still sells that has the home button, which might make it the right choice for those upgrading from an older phone. But the iPhone SE’s classic design and lower price also means it’s missing Face ID. The Galaxy A53, by comparison, has a fingerprint sensor built into its display and also supports facial recognition for unlocking the devices. (However, Samsung cautions its facial recognition feature is considered less secure than other lock types).

More importantly, both phones also have drastically different screen sizes. The Galaxy A53 has a 6.5-inch screen that makes it around the same size as the Galaxy S21 FE and Galaxy S22 Plus. Samsung’s phone can also boost its refresh rate up to 120Hz for smoother scrolling, a feature Apple only offers on the pricier iPhone 13 Pro and Pro Max.

The iPhone SE’s 4.7-inch screen is essentially the same as the one on Apple’s 2017-era iPhone 8, making it the smallest Phone Apple currently sells in terms of display size. It’s ideal for those who prefer smaller-sized phones and are upgrading from an aging device like the iPhone 8 or iPhone 7. But it’ll certainly feel like a dramatic shift from phones like the iPhone X or iPhone XS, both of which have larger 5.8-inch screens.

Samsung’s phone offers more flexibility since it has dedicated shooting modes for ultrawide, macro and night shots. If you often find yourself taking crowded family photos or sweeping landscape shots, you’ll benefit from the Galaxy A53′ wider field of view. The same advice applies if you frequently take photos in dim environments, such as a candlelit bar or music venue, since the iPhone SE lacks night mode.

But the iPhone SE’s single-lens camera also takes great photos that are colorful and sharp enough for casual users. There were even a couple of scenarios in which I preferred the iPhone SE’s photo over the Galaxy A53’s, such as the photo of my cat below, although it was generally a close call between the two.

Image quality can also depend on your preference. Some might prefer the bolder color in the iPhone SE’s image below, while others might find Samsung’s to be more natural.

The Galaxy A53 also takes better selfies with brighter lighting than the iPhone SE in my experience, considering it has a 32-megapixel selfie camera compared to Apple’s 7-megapixel front camera.

Take a look at the difference below.

All told, you’re getting more for your money with the Galaxy A53. But the iPhone SE takes solid photos even though its camera is more limited. And Apple’s phone can record in 4K at up to 60 frames per second, whereas the Galaxy A53 only supports 4K video capture up to 30fps.

Apple wins at performance, but Samsung has other extra perks

The iPhone SE may be tiny, but it has the same powerful A15 Bionic processor as the iPhone 13. The Galaxy A53, meanwhile, runs on Samsung’s Exynos 1280 instead of the faster processor found in the Galaxy S22 series.

You probably won’t notice the difference most of the time. The Galaxy A53’s 120Hz refresh rate also makes scrolling around the phone’s home screens and settings menus feel fluid. But there are moments when the Galaxy A53’s less powerful processor shows. There were instances in which the Galaxy A53’s keyboard wouldn’t show up as quickly as it should, for example. Sometimes I also had to press the home button multiple times to quit an app. It’s not disruptive enough to discourage me from recommending the phone, but it was occasionally noticeable.

That’s one area where the iPhone SE really shines. Since it has the same processor as Apple’s top-of-the-line iPhones, it performs just like a flagship phone. In his review of the iPhone SE, my colleague Patrick Holland said, “the SE flies and iOS animations look smooth.” My own experience with the iPhone SE has been similar. Apps launch quickly, the keyboard pops up instantly and search results for local apps stored on the phone appear right away.

Benchmark tests told a similar story. The iPhone SE scored much higher on tests meant to evaluate general processor and graphics performance compared to the Galaxy A53.

Both phones can provide all-day battery life, although longevity will always vary depending on how you use your device. I’m typically able to get about a day and a half out of the Galaxy A53 before plugging it in, even with the refresh rate set to high. The iPhone SE, which has a lower refresh rate than the Galaxy A53, usually had between 20% and 30% of battery left at the end of the day, according to CNET’s review. But unlike the Galaxy A53, the iPhone SE supports wireless charging. That’s not a deal-breaker, but it might be something to consider if you already have a charging pad.

Yet Samsung’s phone has a couple of other extras you won’t find on the iPhone SE, such as 128GB of internal storage on the cheapest model, a microSD card slot for adding up to 1TB of extra space and support for both millimeter wave and sub-6 Ghz 5G. The iPhone SE starts with half the storage (64GB) and lacks a microSD card slot, meaning you’ll have to buy the $479 version to get 128GB of space. It also isn’t compatible with millimeter wave 5G, although that might not matter much since that faster variant of 5G isn’t widely available and only operates at short distances.

Both phones are rated for IP67 water resistance, which means they can endure being submerged in one meter of water for up to 30 minutes.

You also shouldn’t have to worry about either phone feeling outdated anytime soon when it comes to software support. The Galaxy A53 is guaranteed to get four generations of Android operating system updates and five years of security updates. Apple’s iOS 15 software works on phones as old as the iPhone 6S from 2015, so it seems safe to say the new iPhone SE has a long road ahead of it.

The Galaxy A53 and iPhone SE both provide plenty of value for the price, but in different ways. With long battery life, a large display, an in-screen fingerprint sensor and multiple cameras, the Galaxy A53 feels like a light version of Samsung’s pricier Galaxy S phones. Just remember: You may have to deal with occasional lag.

The iPhone SE, on the other hand, has a retro design that makes it a strong choice for those who may be upgrading from an older iPhone. It doesn’t have modern features like a multilens camera or a large, borderless screen, but it’s as fast as the iPhone 13 and 13 Pro thanks to Apple’s A15 Bionic processor.

But perhaps most importantly, it’s the cheapest way into Apple’s services and accessories. That might make it appealing to longtime iPhone users that don’t want to spend $500 or more on a new phone, but also aren’t willing to abandon their AirPods or switch to Android.

New for 2022, the Galaxy A53 gets you a plethora of Samsung features and power at a fraction of the S-series price. It boasts a far larger screen and more versatile camera cluster than the iPhone SE, though Apple’s budget model delivers snappier performance.

Still, Samsung fans will appreciate what they’re getting here considering the affordable price. The Galaxy A53 5G has an ultrawide lens for taking photos with a broader field of view and also supports night-mode photography. Image quality isn’t as good as what you’d get on a more expensive Samsung phone like the Galaxy S21 FE or Galaxy S22, but it’s certainly clear and colorful enough for basic shots. Other highlights include a long-lasting battery, four guaranteed generations of Android operating system updates and a microSD card slot for expandable storage.

Overall, the Galaxy A53 5G is a suitable choice for those who prioritize having a large screen and long battery life for less than $500. Just keep in mind you might have to deal with some occasional lag, and the camera isn’t as advanced as those found on pricier phones. Read our Samsung Galaxy A53 5G review.

The long-awaited successor to the iPhone SE (2020) was announced by Apple during its March 8 “Peek Performance” event. It features Apple’s A15 chip (which is the same one found in the iPhone 13 series), 5G and stronger glass, but the same overall design as the previous generation.

Pricing for the new iPhone SE starts at $429 and is available now. 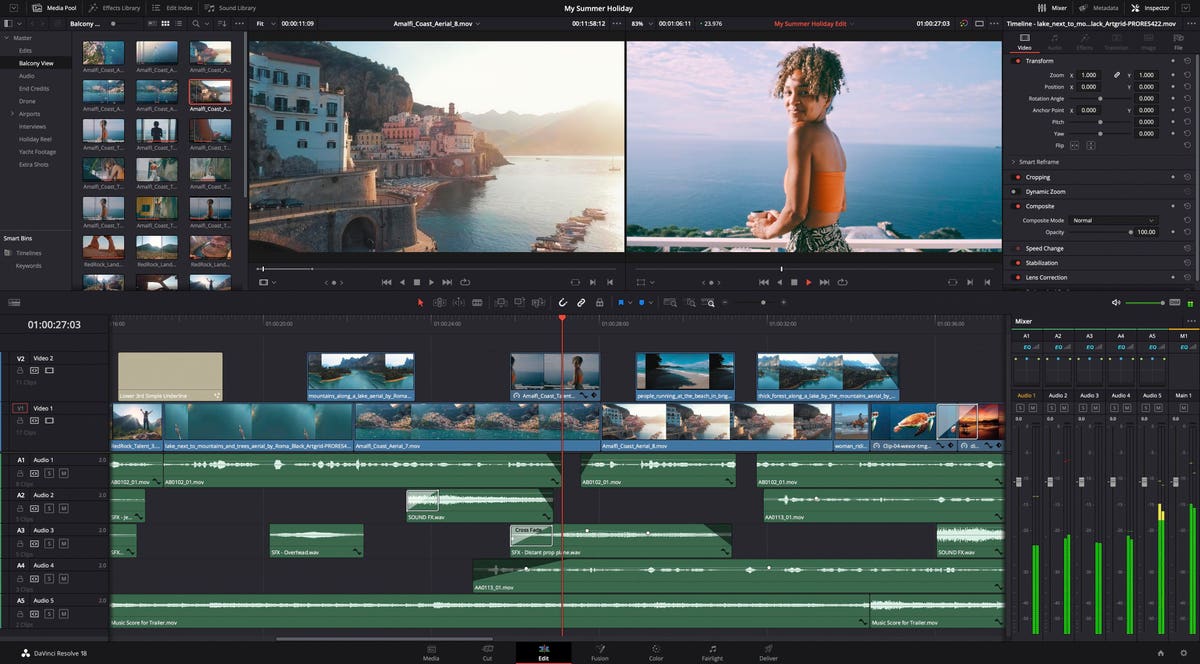