BEIRUT — The United Arab Emirates and Israel are expected to boost security cooperation and further joint defense-industrial ventures in the wake of several attacks by Iranian proxy forces, experts have told Defense News.

The UAE and Israel in September 2020 signed the Abraham Accords, which saw the two countries normalize diplomatic relations and enhance economic cooperation. Shared enmity of Iran and mutual fears over its nuclear program helped push the deal through after years of clandestine ties.

And it was about a year ago that Emirati defense conglomerate Edge Group partnered with Israel Aerospace Industries to develop counter-drone systems, marking the first defense collaboration of its kind between the two countries.

“While Israel was initially hesitant to actually share technological know-how and its technological edge with a new partner such as the UAE, I think escalation from Yemen, with Iranian proxy forces targeting the UAE directly with missiles and drones, has advanced these discussions between Israeli and UAE defense industr[ies] to share capability or jointly develop new capability,” Andreas Krieg, a conflict and security expert at King’s College London, told Defense News.

While Israel is still concerned about maintaining a technological edge over its neighbors, Krieg said, this mostly applies to offensive weaponry.

Israeli Prime Minister Naftali Bennett in December made a trip to the UAE, the first visit by an Israeli premier, as part of a blitz of regional diplomacy against the backdrop of struggling nuclear talks with Iran. The next month, Israeli President Isaac Herzog also traveled to the country. On his visit, the UAE intercepted a ballistic missile fired by Yemen’s Houthi rebels on Jan. 31, authorities said, the third such attack in as many weeks.

That was followed by an attack on Jan. 24, which saw both Emirati and American forces fire interceptor missiles to bring down a Houthi missile near Al-Dhafra Air Base in Abu Dhabi, which hosts about 2,000 American troops.

Iran has denied arming the Houthis, though U.N. reports, independent analysts and Western nations point to evidence showing Tehran’s link to the weapons. Experts, however, debate how much direct control Tehran exercises over the Houthis.

Houthi military spokesman Yehia Sarei gave a news conference Jan. 31, claiming the rebels had targeted “sensitive sites” in Abu Dhabi and Dubai with both Zulfiqar ballistic missiles and drones, without offering evidence for his assertions. He repeated the group’s warnings that the headquarters of international companies will be targeted in further attacks.

“The Emirates will remain an adversary as long as the actions of the Israeli enemy continue in Abu Dhabi and Dubai,” Sarei said.

During his visit, Herzog stressed Israel’s support for the UAE’s “security requirements” and condemned the recent attacks. He also visited the location of Dubai’s Expo 2020 world’s fair, which the Houthis previously threatened to target. From the site’s centerpiece dome, he delivered a carefully worded speech extolling Israel’s innovations, its presence at the fair and growing economic cooperation with the UAE.

He also rattled off figures about the countries’ cooperation: $1 billion in trade, the establishment of a $100 million research and development fund, 250,000 Israelis who so far have visited the UAE’s coastal cities.

“Israeli air defense systems were the main focus for the Emirati side due to the escalation of drone and missile attacks by the Houthi militia launched last month,” he said.

But Krieg sees the bilateral defense cooperation going beyond “anti-missile/drone technology” and moving into the realm of “cyber and information technology.”

Since the Abraham Accords, the UAE’s cybersecurity chief, Mohammed Al-Kuwaiti, has met with his Israeli counterpart in Tel Aviv and discussed the importance of cooperation in cyber defense and artificial intelligence between the two countries.

Asked about the possibility Israel would export its Iron Dome air defense system to the UAE, Krieg said sharing such technology with an Arab partner would be “a great step by Israel.” But alternatively, “technological transfer could happen via joint ventures that co-produce and co-develop defensive systems. This way Israel would not have to share an existing in-house capability and could control what it wants to share. Therefore, it is more likely Israel will develop an Iron Dome-like capability jointly with the UAE based on the existing platform rather than providing the existing platform to the UAE as it is.”

In the meantime, Edge Group is developing an integrated counter-drone system with Israel Aerospace Industries based on an agreement announced in March 2021. Adding to this, the two firms announced in November their cooperation in developing unmanned surface vessels capable of operating remotely, semiautonomously or completely autonomously.

Defense News requested an update from Edge about the status of these joint ventures, but the firm declined to comment.

“There is no doubt, however, that Israel will up its support for the UAE in light of what is perceived as a common Iranian threat,” Krieg said. “Most of the security discussions over the past 18 months revolved around Iran. And amid the current escalation, this is just due to expand. Israel is leading in this field [missile defense and counter-drone technology], and the UAE are eager to pay for it handsomely, which is great news for Israel’s defense industry.”

Israel has already helped the UAE become the leading IT power in the Arab world, he noted.

“The Pegasus [spyware] program is just one of these tech solutions that Israel has allowed to be transferred to the UAE. It allows Israeli companies to be integrated into the information environment in the UAE providing Israel access to data and information as well,” Krieg said.

Cok agrees that intelligence capabilities are a “promising area of cooperation.”

“In fact, the [Israeli intelligence agency] Mossad stepped up its efforts in Yemen following the recent Houthi threat to target the port of Eilat with missile attacks and potentially also explosive-laden boats, as happened in December 2020 at the Saudi port of Jeddah,” he said.

“Concerning the visit, the UAE has long been interested in Israel’s technology and expertise in domestic surveillance. The police chief could help Emirati security officials build their control and surveillance capabilities domestically,” Cok said.

But despite progress made thus far in developing strategic partnerships, several elements of the Israeli defense establishment remain wary of providing advanced technology to another regional country.

“The UAE has been seeking a difficult detente with Iran, confirmed by last December’s visit of [Emirati national security adviser] Tahnoon bin Zayed to Tehran, which is making the Israelis more cautious over [sharing] sensitive [technology]. This is the reason why Israel could take the same middle-ground position it took with Singapore and Azerbaijan by providing only some elements of its Iron Dome anti-missile system, like radars and ground control, without giving out missiles,” Cok explained.

There’s also hesitancy from the United States, arguably Israel’s closest ally. One major obstacle is the UAE’s relationship with Chinese tech companies — a gap the Abraham Accords were unable to bridge, Krieg noted.

However, Danny Sebright, the president of the U.S.-U.A.E. Business Council, said the accords significantly changed how Washington evaluates certain arms deals with Abu Dhabi, with regard to America’s commitment to preserving Israel’s qualitative military edge.

“There are other factors critical [to] this calculus beyond just our security commitment to Israel. The Biden administration continues to work very closely with Congress in seeking final approval of significant new arms sales packages to the UAE. These deals are not dead by any measure,” Sebright said, hinting at the prospect of the UAE acquiring the F-35 Joint Strike Fighter, for which talks are suspected amid U.S. concerns about the UAE’s work with Chinese 5G vendor Huawei.

“U.S. military aid to Israel is meant to help Israel develop unique solutions to specific Israeli security needs. As U.S. aid comes from taxpayer dollars, there always are, of course, certain conversations that occur when Israel might want to sell the military hardware that it has developed with these taxpayer dollars to other countries — especially if these offerings might compete with different solutions offered by U.S. companies.”

But, Sebright added, finding opportunities for trilateral defense cooperation involving businesses from all three nations would be a win-win-win and might alleviate some of these concerns.

The Associated Press contributed to this report.

Agnes Helou is a Middle East correspondent for Defense News. Her interests include missile defense, cybersecurity, the interoperability of weapons systems and strategic issues in the Middle East and Gulf region. 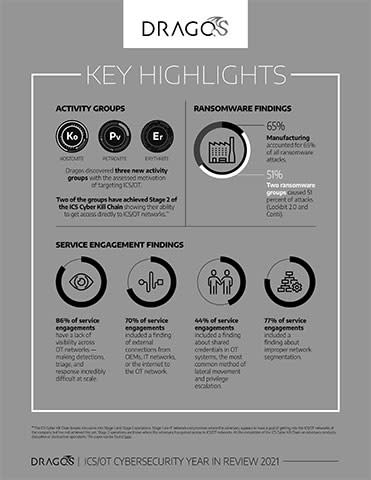