Working in the healthcare sector is arguably one of the most difficult and responsible fields of occupation out there. People taking up roles in healthcare are contributing to preserving and saving human lives, which is incredibly honorable, but stressful nonetheless. Because of that, it is probably fairly stressful for the workers in the field to encounter people or rules that make their job more difficult. And even though that applies to most occupations, healthcare workers have to deal with illness, life and death on top of it all. Today’s story is dedicated to all healthcare workers who protect our lives.

Although healthcare is a field that is dedicated to human wellbeing, it inevitably has management issues in certain places, which affects the staff. Such managers typically act in a way that is fueled by their entitlement that hinders the effectiveness and liveliness of the working environment. Thankfully, sometimes these managers get a taste of their own medicine via good old-fashioned malicious compliance from the workers. The Reddit post from which today’s post originates gathered 17.8k upvotes and prompted 525 comments. Scroll down to find out the whole story!

Phones are ubiquitous nowadays and we have become increasingly reliant on their fast-paced communication ability, which in itself isn’t a bad thing, especially when it comes to discussing important things in life or getting in touch during emergencies. That is why even healthcare workers, when not busy, will check their phones just in case, but most certainly not at all times. However, at one particular workplace, during a meeting, it was decided that phones were not going to be used at work at all.

The Original Poster explains that phones are not used much where they work, but one meeting took away phones altogether 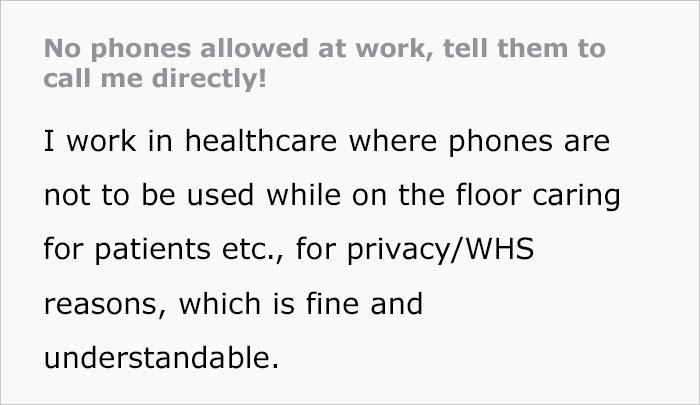 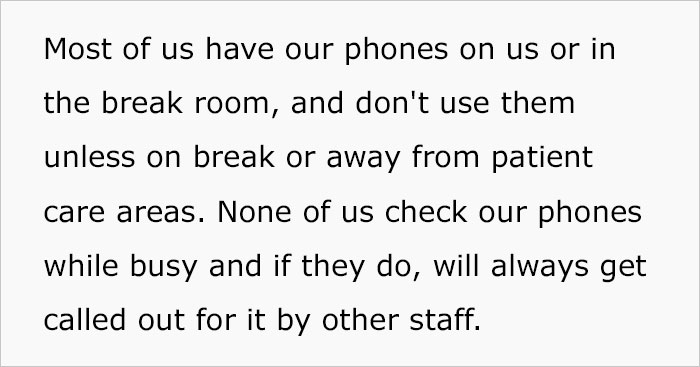 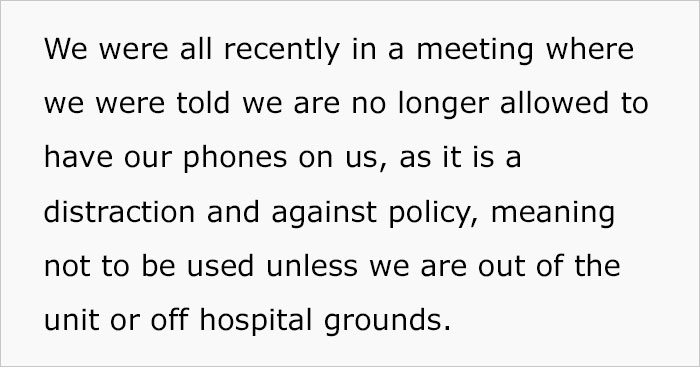 It is understandable that due to WHS (workplace health and safety), phone usage is to be reduced to a minimum, which is what the Original Poster (OP) pretty much agrees with. They also explain that phones are only used when they’re not busy or during breaks, which sounds like it doesn’t intervene with their work. However, during a meeting it was decided that phones are too distracting and against policy, and they would only be used out of the unit or off hospital grounds.

The hospital workers, including OP, were not happy about such a change, as some actually needed the constant line of communication for various reasons 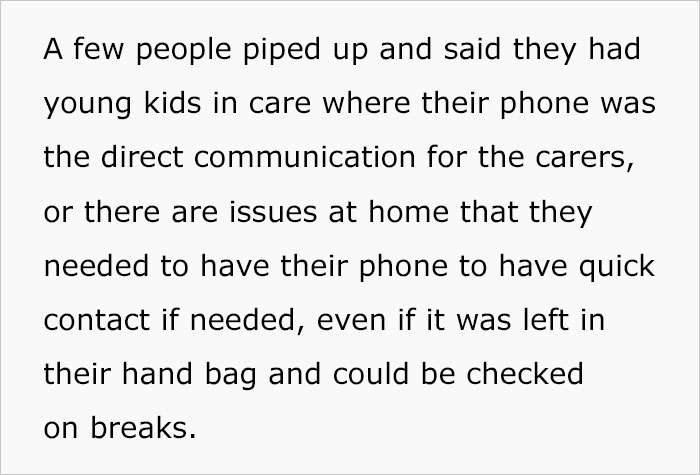 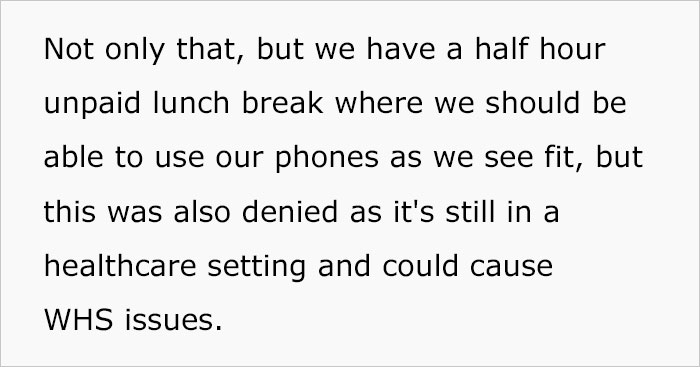 In OP’s opinion, being completely denied use of phones was an overreaction, even though they are against policy, but the issue still lies in the fact that it is complete denial of communication with the outside world. The meeting even went so far into the phone “problem” that someone said that if issues back home were that bad, the workers shouldn’t even be at work, which is obviously horrendous. Denying people of communication with the outside world altogether means that during emergencies or important occasions, workers will stay uninformed, which would eventually add to even more stress and won’t be beneficial for either the workers, or the hospital, so the new rule doesn’t make much sense.

This is where the malicious compliance begins—the manager said that if workers were unhappy with the new rule, they could direct all calls to her 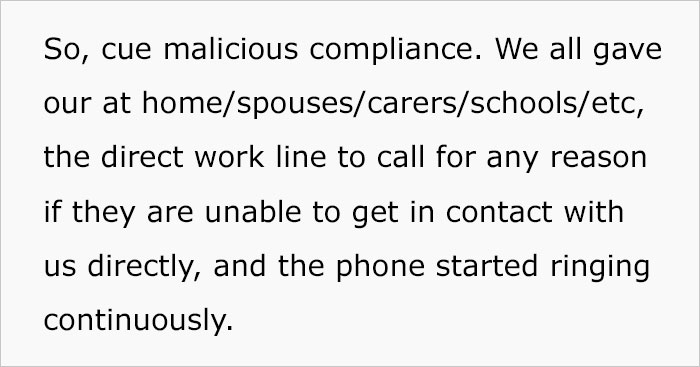 The manager, obviously out of touch, suggested that those who are unhappy with the new rule could just give her contacts to all relevant people so the calls could go to her instead. It is actually surprising how she thought that this was a good idea, since the workers gave loads of contacts and informed them to call for pretty much any reason, which made the phone ring non-stop. This is certainly a great and effective way to curb unnecessary workplace tyranny.

As it turns out, taking away the workers’ phones wasn’t that great an idea, as more time was wasted than saved 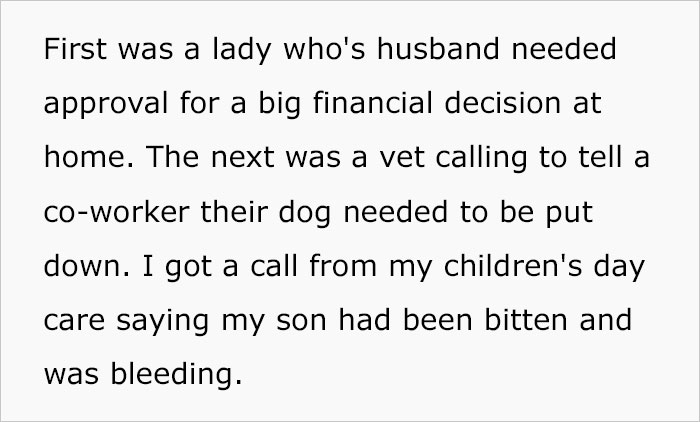 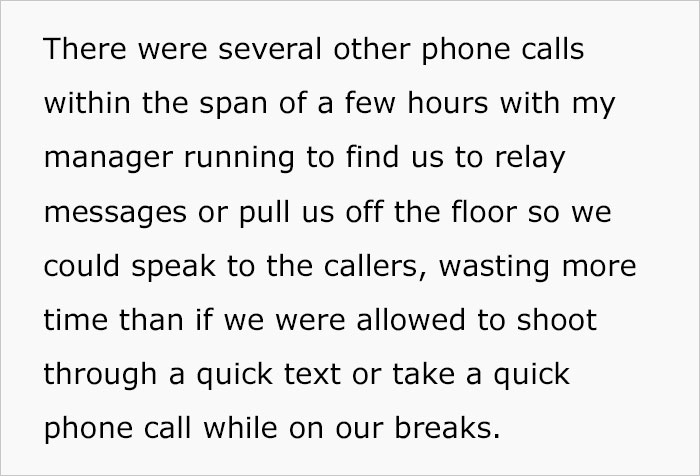 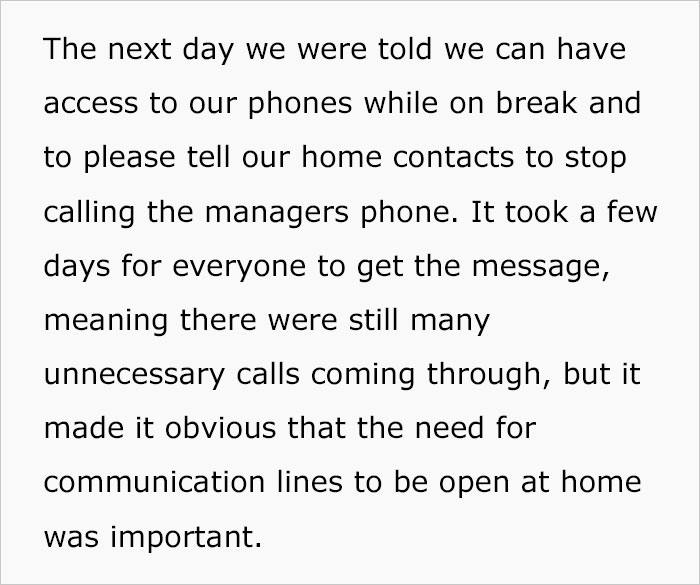 The manager began receiving numerous calls, which is obviously not great, because she had to run around informing people instead of doing her job, whilst interrupting other people’s work. Hospital workers were later informed to tell their home contacts to stop calling the manager and that they could use their phones during breaks. Since it took time for everyone to get the memo, the phone kept ringing for a couple more days, which finally proved that the whole thing was a bad idea.

The comments were highly supportive of the malicious compliance-style resistance 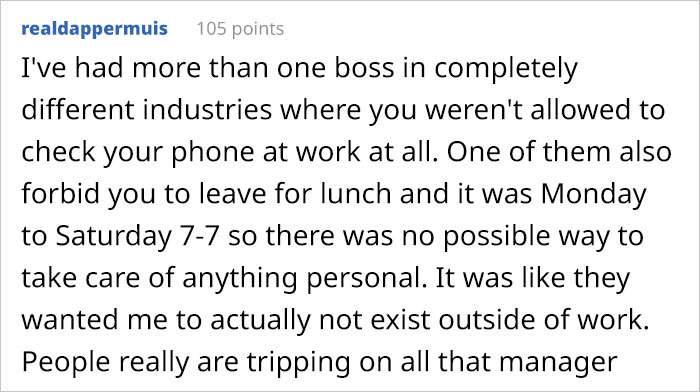 All in all, as the last comment points out, managing a workplace is not the same as managing a kindergarten, as management is in fact dealing with adults who know the rules and actually just do their work. It is also good to see what clever collective action can achieve when conditions at work are unfair.

Sat Mar 26 , 2022
Introduction & Drive Details As it stands today, there are basically two paths fabless SSD retailers are taking for their highest performing enthusiast-level PCIe Gen4 SSDs. The first path is the one everyone is most familiar with and that one involves the most prolific Gen4 7,000 MB/s capable controller, Phison […] 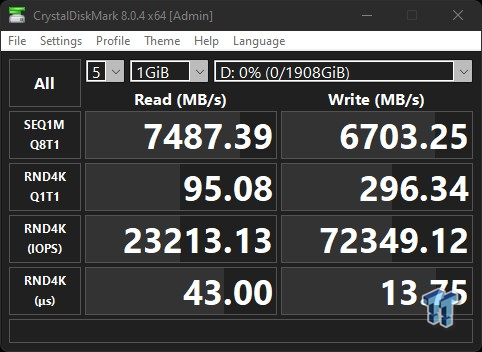