I have two particularly distinct memories from Mobile World Congress (MWC) 2019, the last ‘true’ MWC to take place before the pandemic.

One was the Xiaomi Mi 9 launch, which kicked off the show for me, and the other was LG’s flashy event where it debuted the G8 and V50 ThinQ.

Now MWC 2022 is here, and boots are on the ground in Barcelona again for the event – but the Xiaomi 12 is missing in action, and LG Mobile is nowhere to be seen either, for reasons that tech fans already know about.

MWC has changed since its last real event, and LG’s absence is indicative of larger trends in the smartphone market – and in the annual event.

LG isn’t exhibiting any smartphones at MWC 2022 because, in April 2021, it announced that it was to stop producing smartphones – so it has nothing to show off.

This wasn’t a huge surprise, as it followed months of rumors to that effect, and was also foreshadowed by LG’s dwindling market share (which can be seen in these Statista stats), hastened by a few rapidly-growing Chinese up-and-comers which were eating up market share.

LG phones used to be popular – their flagships introduced new features to smartphones like ultra-wide cameras, dual-screen devices, vein tracking and more (some of which caught on and some of which absolutely didn’t). Their budget phones were also popular – even I had one for a time.

But clearly, it couldn’t keep up with the changing market, and in the years from MWC 2019 we saw it release its smartphones sporadically, focusing on odd concepts (like the LG Wing) over its core flagship series.

Quirky mobiles are great for the tech fans, but they don’t bring home the bacon, and this novelty reflected the core issue with LG’s devices: they didn’t offer the same value for money as the wave of Chinese mobiles that was crashing upon global tides.

If LG Mobile hadn’t stopped in its tracks, and was still making phones, it still wouldn’t have fit in with MWC this year. The LG V70 ThinQ, or whatever its next flagship phone would be called, would stick out like a sore thumb from the other mobiles we’re seeing at MWC 2022.

That’s because this MWC is different – it’s no longer the flagship-packed convention of yesteryear, and we’ve seen a very different type of mobile take center-stage on the showroom floor.

MWC 2022 has been defined by budget mobiles. We’ve seen five of them from TCL, four of them from ZTE, three from HMD Global, two from Xiaomi Pocophone; even Realme’s two new mobiles, which are ostensibly its premium models, are still priced as mid-rangers.

In fact, only the Honor Magic 4 series and the OnePlus 10 Pro (which launched in China nearly two months ago), carry the premium-phone baton that would have previously defined MWC. And they represent just a fraction of the devices launched at the show.

LG Mobile was ended by the same thing that’s now flooded the halls of MWC 2022: the burgeoning budget phone market. We mentioned earlier that lots of Chinese brands had rapidly grown in market share over the past few years – most of them are exhibiting at the convention.

While ‘cheap phones’ used to be rubbish little things, now they’re feature-packed powerhouses, and manufacturers are tripping over themselves to offer low-cost phones that are as capable as fully-priced flaships.

The budget phone market has been increasingly impressive for a while now, but it was in the Covid-19 pandemic when things really kicked off, with Redmi, Realme, Pocophone, Motorola and more all furiously pumping out fantastic affordable mobiles.

MWC 2022 is the logical conclusion of that, where the stage floor is a battleground between loads of low-cost Androids.

LG Mobile would never have fit in there. Its devices were novel but not exactly competitive – they were like delicate little flowers, which are nice to look at, but don’t exactly stand up to pressure.

So maybe it’s okay that LG Mobile isn’t at MWC 2022, even though it makes for a noticeably different show. The mobile world has changed since 2019, and nothing lasts forever (we don’t mean tech company Nothing) – and perhaps if LG was still around, MWC wouldn’t be as wonderfully budget-mobile-heavy as it is.

Sun Mar 13 , 2022
The BEACN Mix and Create audio controllers are decent entries for helping content creators customize and monitor audio connections during streams. However, although both Create and Mix has the potential to compete against Elgato’s Stream Deck, its software is still the weakest link in its quest to make it a […] 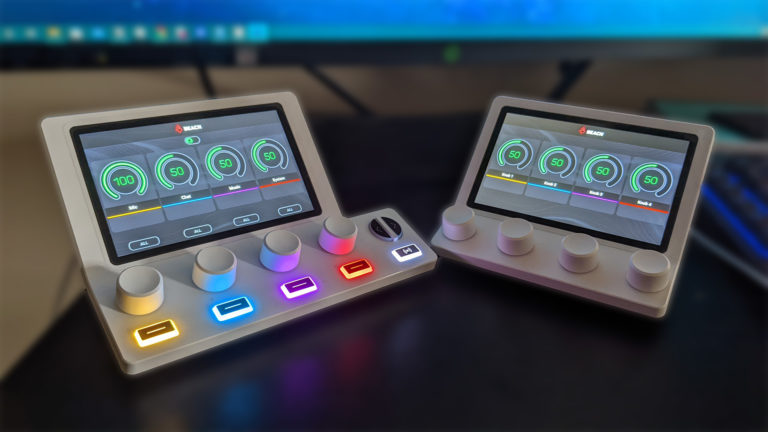