Having a business without a website is like having an identity card without your picture on it. With every transaction and decision made online, it makes sense to have a good website for your business where your customers can land and see all your offerings. Before that, you need to figure out what type of website you need. Do you need a blog, an e-commerce website, or a business website with CRM applications and a custom CMS? For most businesses, the last one is the most suitable option, and here’s where a python developer comes into the picture.

Why should you opt for hiring a python professional for web development? What are the pros and cons of Python development for your business?

Some Facts About Python Web Development

Pros of Python Web Development For Your Business

In one statement, asynchronous development is parallel programming. Here’s what that means:

To perform asynchronous requests, the development team needs to use asyncio from the Python library. This ability to multitask gives Python an edge over many other programming languages as the results are achieved much faster.

Python’s standard library has more than 200 core modules which enable your team of python developers to easily manage databases and documentation. Relevant packages can also be installed from the Python Package Index (PyPI). The additional list of 137,000 libraries further helps your team to work on the project faster as they don’t need to write code from the very beginning. Python’s libraries are a big boon for you because they speed up the process of creating your business application.

Some of the popular libraries are Matplotlib, Pandas, NumPy, Pyglet, SciPy, BeautifulSoup, and PyGame among others.

3. Python Is One Of The Best For Large Projects

Being an object-oriented programming language, Python can be used almost for any application. Python is also scalable because of its rich library.

4. Python Is An Open Source Technology

Because Python is open source, it has a large community that keeps evolving. There are around 7 million Python developers who share and contribute to developing this technology.

Web developers like to use Python because of the code readability, quick troubleshooting. Since it can also handle large amounts of data easily, it is a popular coding language among developers. Web developers readily pick Python as their coding language, and this makes it easier for you to find a team of python developers for building your business applications.

Python is apt for building artificial intelligence and machine learning apps because it is rich in sustainable frameworks like Flask and Django. With extensive lists of possibilities and clear code, Python allows building large web applications for diverse application spheres.

Various industries use artificial intelligence. For example, car building industries use it to implement cruise controls. It can also be used for sales projections, analytics, and finance-related apps with features like voice payments.

Cons of Python Development For Your Business

Python development is slower in comparison to other languages like Java and C/C++. Even though the community continues to work on it, the very nature of Python being an interpreted scripting language will always be the reason for slower coding speed.  This can be problematic at times.  For instance, if you start a blog and rely fully on Python for success, you may be disappointed as the slower speed is likely to negatively impact the blog’s ranking in search engines.

Python doesn’t work well with components of mobile operating systems. iOS and Android do not support Python in their official programming language database.

Python is a dynamic programming language which is why there’s a risk of run-time errors. Python programmers don’t need to declare the type of variable, which leads to design complications.

Text coding is easier, but run-time errors occur frequently. The simplicity and ease of web development with Python also become a drawback for developers. It won’t be a problem if you have a team of smart Python developers who know how to work this out

Python needs a lot of memory space to develop heavy applications. It can’t work under limited memory allocation. This is a problem for developers and businesses that are looking for a language with less memory consumption and more task execution. Python loses out to other languages in this aspect.

There’s a dearth of expert Python developers. Despite being an easy programming language, it lacks improvements and improvisations from the community. There are only a handful of good Python developers with a robust knowledge of the language compared to other languages. It is hard to find talented Python developers to hire despite the huge demand.

Weigh your options, choose the best.

Author Bio:
Aneesha is a Content Contributor at DistantJob, a remote agency that helps worldwide organizations hire qualified software engineers. Her love affair with writing began when she was only ten years old. As she grew up, filling the pages of her diary with poetry transformed into writing real-life stories, experiences, and informative articles for national and international publications. With more than a decade-long experience in content marketing and business development, her love for all things “communication” is seen in everything she does.

Python Web Development: 5 Pros and Cons For Your Business

Sat Feb 5 , 2022
In high-demand industries like engineering and computer science, Azusa Pacific University is equipping new professionals with the skills needed to be difference makers in these innovative fields. APU’s Department of Engineering and Computer Science offers a practically-informed curriculum and close interaction with accomplished industry professionals, preparing students for successful careers. […] 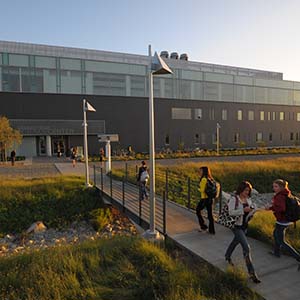