The Razer Kraken V3 is the second in a family of four new sleek RGB-powered V3 series headsets released by Razer in 2021. Despite its confusing name scheme, the V3 is an improved version of the base Razer Kraken V3 X (we initially thought the V3 X would be the better one, but it is actually the budget option).

As such, the V3 comes with improved Hybrid Fabric and Leatherette Memory Foam ear cushions, Razer TriForce Titanium 50mm Drivers (over the V3 X’s 40mm), and of course THX Spatial Audio instead of 7.1 Surround Sound.

For under $100, the Razer Kraken V3, with its streamlined design, offers a lot of comforts and, at times, some impressive audio output thanks to the enhancements its software provides. Against all the bells and whistles, however, this inexpensive headset lacks some quality of life and compatibility options under prolonged usage.

Although RGB lights have become a bit tired in the PC enthusiast space, these cans make them look great. It’s even better if you live under the Razer Ecosystem as I do, as Synapse’s software allows the headset lights to match the mouse and keyboard if they’re also Razer products. I’m using the BlackWidow V3 Pro and Deathadder V2 Pro in tandem with the Kraken V3, and it truly enhances the ambiance of my setup.

The unit’s cushions and adjustable padded headband also feel like a dream. The cans themselves sit so lightly on your head that sometimes you can forget they’re even on. I had them on for an entire day, and my ears weren’t scalding hot or sore by the end of it. The V3 also features a flexible HyperClear Cardioid microphone that can detach from the headset, which is excellent because audio playback is the core of what makes the V3 worthwhile. The headset also has a dedicated button on the left cup next to the volume wheel.

This iteration of the Kraken V3 introduces Razer’s TriForce Titanium 50mm Drivers to the family, described to push out “exceptional highs, mids, and lows that [don’t sound] muddy, providing a more dynamic listening experience for deeper immersion,” according to the Kraken V3’s landing page on Razer’s site.

I tested this by immediately listening to a few songs, starting with Busta Rhymes’ “Put Your Hands Where My Eyes Can See” and “Truck Volume” on Spotify. Both records deliver heavy kicks and epic bass, respectively. The cans produced the thump I was looking for out of the box, but the track(s) truly began to shine when I played around with the enhancements Synapse provides. I played around with the bass meter under the Music preset under the Audio Equalizer until I was satisfied with the results, and boy was I satisfied.

However, the true litmus test for finding the best settings combination was listening to a Trance track called “Deep Down” by Josh Dresden and Winter Kills. It showcases the perfect blend between soft, angelic vocals and heavy kicks to the backdrop for some serious bass. I landed on boosting the base by 25% and turning Sound Normalization to 50% while using the Music Preset. I also went into the settings of Spotify and toggled the Highest Playback and Loud Volume settings on. Lastly, for the heck of it, I signed up for a free trial of Dolby Access and used the Detailed option under the Music Intelligent Equalizer for some extra clarity. The resulting playback was godly. Although Dolby Acess may be a bit excessive and the settings above sound great without it, the Spatial audio noticeably sounds better alongside Atmos.

This sentiment also extends to watching films with the V3. Using Dolby Access Detailed settings alongside the Movie Preset in Synapse was true immersion. I watched Dune for my third time, this time using the headset. In this watch-through, I realized just how much Hans Zimmer’s score contributes to the epicness of the film.

THX Spatial Audio helped immensely while playing games with that type of audio already baked in, like Cyberpunk 2077. The echo of my steps as I gave chase to a Cyberpsycho in-game gave me anxiety, and the crisp sound of the shotgun blast that took my enemy out made me recoil in my gaming chair. I also grew to appreciate the sound quality of each gun during online sessions of Back 4 Blood.

Unfortunately, the device is USB only. As such, the V3 does not offer wireless support. Having no wireless option wouldn’t be a problem if immersion didn’t work so well with the headset. I was so into Dune that I got up and almost dragged my $1,700 PC with me to the bathroom because I forgot I had them on and plugged into my desktop. The headset is also limited to PC, PlayStation, and Mac, which is also disappointing. I would love to use this headset with an LG CX and absorb Dune in native 4K alongside a profound audio experience from the V3. I would also love to use this on mobile to play Xbox Game Pass titles on the go. But alas.

I also had a few playback issues when listening to music. At first, I thought it was due to in-app music player settings making the music peak. Then, the same thing happened during a regular video chat via Google Meet.

The mic has a diaphragm design that can capture 360 degrees of audio, making it serviceable if needed. Still, the quality of the mic is that of a headset and doesn’t offer clarity anywhere close to the best desktop microphones.

What’s nice are the software’s mic settings that allow users to tweak the noise gate, vocal clarity and volume normalization. It also offers mic presets like Mic Boost, Conference, and Broadcast. I found Mic Boost alongside some tweaking of the clarity to be the best overall setting. I held a video conference where I could be heard loud and clear. It was even used during a session of Back 4 Blood when someone stole my health pack. I got my displeasure over the action across very well over the game’s baked-in voice chat.

As I’ve continuously alluded to, the Synapse software is really where the V3 shines. The tabs for the V3 include: a general Sound section for assigning sound properties, a Mixer to set THX Spatial settings to individual apps, a tab for testing the calibrations of the headset’s Game, Music, and Movie Mode presets, Enhancements for audio settings, Mic for microphone settings, and Lighting to tune RGB colors.

However, I did find it confusing which software I was to install out of the box, because the Razer Kraken V3 X requires you to download 7.1 Surround Sound software from its site. To use it, though, you must have an activation code. I spent more time than I’m willing to admit looking for a non-existent activation code before I concluded that only the lesser product of the V3 family needs it. The V3 needs no such thing, and all its software can be simply added to your existing Synapse download. The drivers required will also arrive during a fresh install.

The user interface is simple to understand, and it’s easy to adjust settings with a simple drag of a slider. The audio equalizer is immensely helpful, but the presets are so in-tune that I rarely ever needed to change the equalizer knobs themselves.

The glossy Razer Kraken V3 is a stylish, budgeted headset for gamers looking for quality sound without having to spend close to double its price to get it. Although the microphone could be better, it gets the job done. The most significant selling point here is the cans’ sound quality, alongside the benefits the software brings to the headset and your setup if you’re also sporting other Razer products. As long as you’re not a mobile or Xbox player, the V3 will fulfill your gaming needs and can double as regular headphones if you need to bump music privately.

How a Web Development Company Secures an Ecommerce Website

Wed Feb 16 , 2022
Share Tweet Share Share Email Web developers spend hours building eCommerce platforms. They then deploy these platforms, making them available for millions of users around the world. Every hour, millions of dollars are spent on these platforms.  From buying pencils to cars, everything […] 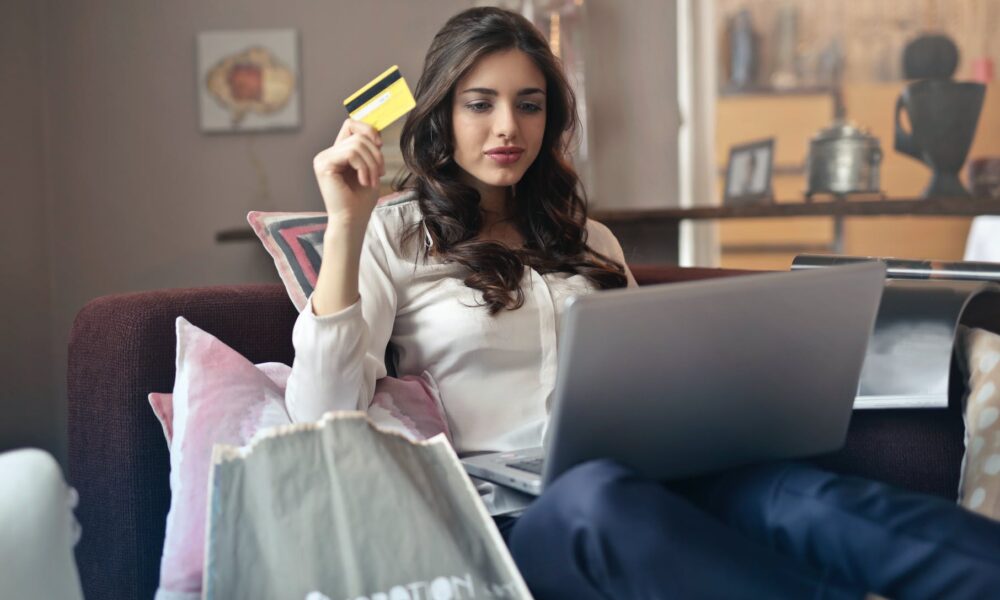