Schools and parents can improve the social mobility of disadvantaged children by restricting access to smartphones, the chair of the government’s social mobility commission has said.

Katharine Birbalsingh told the Association of School and College Leaders annual conference: “If we genuinely want things to be fairer, and we want our disadvantaged children to be socially mobile, the best thing I can do for them is getting them not to have a smartphone.”

Birbalsingh described how her school – Michaela community school in London – encouraged pupils to hand in their mobile phones and video devices to the school for safekeeping in a “digital detox” programme.

As a result, Birbalsingh said, half of the Year 11 pupils at Michaela had volunteered to give up their phones until sitting their GCSE exams later this year.

“We work very hard with families to encourage them not to give [their children] a smartphone. Because all of the problems start on smartphones,” Birbalsingh told the conference.

“We actually run digital detox with our children at school, meaning we have a big safe, and we strongly encourage them to give us their smartphones or the leads from their video games overnight. And if some of them will give them up for weeks if not months, you’re lucky. I’d say we’ve got about half of Year 11 phones right now, up until exams.”

Birbalsingh was appointed in October last year as chair of the commission, with a remit to advise the government on the barriers to social mobility caused by regional disparities, employment and education.

Speaking to the conference in Birmingham, Birbalsingh noted that it was 12 years since she spoke there to the Conservative party conference, where she made headlines with her comments on poor discipline within state schools.

She said her commission was looking at how parents can be given better advice on how to raise their children, to overcome the early onset of disadvantage.

“We’re looking, at the commission, at what families can do before they ever get to school. There are lots of families who don’t realise that they should talk to their toddlers,” Birbalsingh said.

“Lots of families don’t do that because they don’t know. So I would very much want to try and make it so that families can find out that sort of thing, find out how much they should be reading to their child and so on.”

Comparing parenting advice to the well-known message that a healthy diet includes five portions of fruit and vegetables a day, Birbalsingh said: “If I ever tweet about the sorts of things families should be doing at home, I will sometimes get a response of: ‘Well, that’s not my job to teach my child, that’s the job of the school.’

“And they don’t realise just how many families out there are teaching their children all the time and how their children are in competition with those other children. And that there are lots of children who start school and already know how to read or are certainly on the way to be able to read.”

Asked about the government’s levelling up aim for 90% of children in England to meet expected standards in maths and literacy by 2030, Birbalsingh said: “Whether or not you’re going to get 90% of children meeting the literacy requirements by the time they get to secondary school, that’s a very nice idea but is it the case that we are actually going to do that?”

Mon Mar 21 , 2022
While data shows that Apple captured seven of the top ten spots for global smartphone sales in 2021, Xiaomi’s Redmi brand secured two of the three remaining spots. For the past few weeks, we had the chance to test out two of the new Redmi Note 11 Series phones, the […] 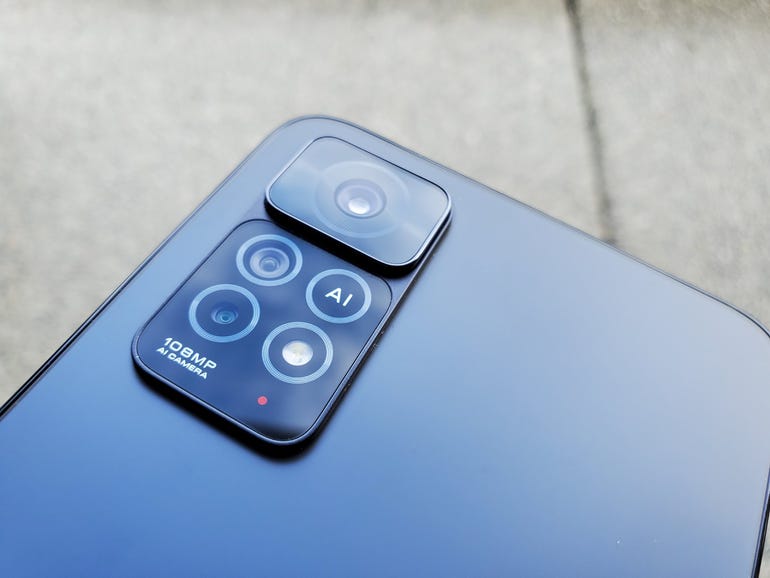