The Roccat Torch puts all of its controls at your fingertips with its mixer-style audio base, and with its intelligent and functional use of RGB lighting, it also ensures that your settings are always discernible at a glance. There is also no need to install Roccat’s unfortunately unfinished NEON software to get the full experience. It’s a shame that this software is incomplete, but it’s great to use the mic right out of the box, and the features that work do so very well.

Conversely, the gesture-based, contactless muting feature is neat when it decides to work but frequently makes errors. Thankfully, like the software, this gimmick can be safely ignored without compromising the overall functionality of the Torch. Roccat has created a solidly priced mic with good audio and some delightful convenience that makes it easy to like despite some flaws in overall execution.

The Roccat Torch is a slim and tall mic that mounts to its own included mixer style stand and can also be easily mounted to a boom arm using standard threads. The front of the mic features an RGB-lit Roccat logo and the back has the more understated, non-RGB logo next to a single USB-C port that connects the mic to the base. Roccat also includes a short cable for when the capsule is mounted to the stand and a long cable for use with a boom arm.

On top of the mic is one of the Torch’s more interesting features – a contactless, gesture-activated mic mute sensor. It’s very cool to mute or activate your mic without touching the unit, but in practice, gesture detection and sensitivity are a bit of a mixed bag. I often found myself flailing my hand at the sensor, hoping that something would happen to no avail. Out of a mixture of frustration and embarrassment, I would often opt to use the physical mute button instead. The sensor’s location can pose issues when adjusting the mic’s position as well, as it will often read the proximity of your hand as a gesture input and mute the mic against your wishes. This can be particularly problematic when the mic is mounted to a boom arm.

The Torch’s base features a pickup pattern selector, a notched monitor volume knob with a push-button mute function and a gain slider. The back of the base features two USB C ports (one for connecting the Mic to the base and the other for connecting the Base to your PC), a 3.5mm headphone jack for latency-free monitoring, a brightness level button and a three-position slider that allows you to adjust the proximity range for the contactless mute sensor or turn it off altogether.

The mic itself has a solid feel, featuring a metal body and grille. However, the base is made of hard plastic and feels cheap compared to the mic. While the rubber feet on the base do a good job of keeping it from wobbling and shifting about on your desk, the mic mount itself wobbles with the slightest of movements. Unfortunately, you can’t fix this as there’s a certain point beyond which it can’t be tightened unless you’re fond of the mic being backward.

The Torch provides good sound quality for its price range, with a wide frequency response, clear audio reproduction and a built-in pop filter that helps eliminate those annoying peaks when making consonant sounds. While the sound of your own voice through the Torch isn’t going to blow your mind with its level of fidelity, it is certainly in line with what you should expect out of a $99 mic.

What sets the Torch apart from similarly priced mics is the variety of available pickup options. Via a conveniently placed dial on the front-mounted mixer panel on the Torch’s base, you can switch between Cardioid, Stereo and Roccat’s proprietary “Whisper” pickup pattern. If you’re streaming solo, Cardioid is what you’re going to be using most due to its narrow focus, helping to eliminate ambient noise. Stereo is a good option for podcasting with a friend or any situation where you’re trying to capture more than one source at once, but it should be avoided if you’re going it alone as it picks up far too much room noise. Both of these options should be familiar to most streamers or podcasters.

Where things get interesting is in the addition of Roccat’s “Whisper” pickup pattern. Aptly named, Whisper greatly boosts the mic’s sensitivity so it can pick up your voice clearly at very low volumes. This setting is ideal for streamers with roommates or family they don’t wish to disturb while active or for folks with naturally quiet speaking voices. Whisper is certainly not ideal for every situation as its extreme sensitivity can easily drive speech at normal volumes into distortion. Still, it is nice to have an option like this available at the twist of a knob.

The Torch also scores high marks for making its lighting more than just a gimmick. Instead of being there purely for aesthetic appeal, the RGB lighting employed by the Torch provides helpful visual cues. For example, your gain settings are indicated by how high up the lighting travels on either side of the mic – turn it all the way up, and the side lighting will reach the top of the capsule. These lights also change color to show which pickup pattern you’ve selected. The mic also glows red to indicate when it is muted. This is an extremely helpful way to read your settings at a glance and a thoughtful application of RGB lighting that I’d like to see more of from competitors.

The vast majority of features present in the Roccat Torch can be experienced with no additional software. The Torch does not work with Roccat’s SWARM software, but it is compatible with Roccat NEON, which is currently in Beta. So what do you get with Neon? Well, practically nothing, to be honest. In its present state, NEON only serves as a way to turn AIMO dynamic RGB lighting on and off and to send Roccat a support ticket – both of which are actions you can take without ever taking the time to install the software.

Roccat’s first entry into the world of streaming mics is both a little bit more and a little bit less than what you’d expect – it is a well-built mic with a sturdy metal frame and grille attached to a plastic base, and it is overall more useful than it is attractive. Audio reproduction is solid and in line with what is generally acceptable for a mic in this price range – what takes the Torch a step beyond is its three selectable polar patterns, including the very useful “Whisper” mode. However, the most standout feature of the Torch is RGB lighting that is actually useful. Instead of just looking pretty (which it certainly does), the Torch’s lighting allows you to see what your settings are at a glance. Since RGB lighting isn’t going anywhere, let’s hope we see more creative and thoughtful uses of the effect like what the Torch has to offer.

Where the Torch doesn’t shine as brightly is in its software package, some design quirks and half-baked features. At least at the time of this writing, Roccat Neon is pretty much useless – offering nothing apart from the ability to turn the lighting on and off and send an email to Roccat. Sorry, chums, but both of those things can be accomplished without installing more driver software that I don’t really need. The Torch’s mixer-style dock is also useful from a control perspective, but the plastic construction feels underwhelming compared to the mic itself. The mic also never seems to screw into the dock tightly – it wobbles at the slightest touch. In my case, it can’t even hold still when I’m typing away next to it. It’s also odd that the Torch needs to be connected to its base via USB-C whether it is docked or not – the short connector cable included for use when the mic is docked can be awkward to wrestle into position.

The Torch’s biggest sin is its gesture-controlled mute feature. In theory, it’s great to be able to mute and unmute your mic with a Jedi-like wave of your hand. However, in practice, it can be quite irritating, because the sensor can occasionally be picky and indiscriminate when it comes to which gestures it will recognize and at what range. It’s a neat idea that is ultimately more troublesome than it is useful, often activating when it is not wanted or refusing to cooperate when it is needed. Thankfully, you have the option to turn this feature off completely. Use it and thank me later.

Where does this leave the Torch? It’s certainly not perfect, but at this price point, it doesn’t need to be – it needs to deliver a solid user experience and punch in its weight class in terms of features and audio quality. Despite its shortcomings, the Torch does that and offers a little bit extra, too, making it well worth a look. 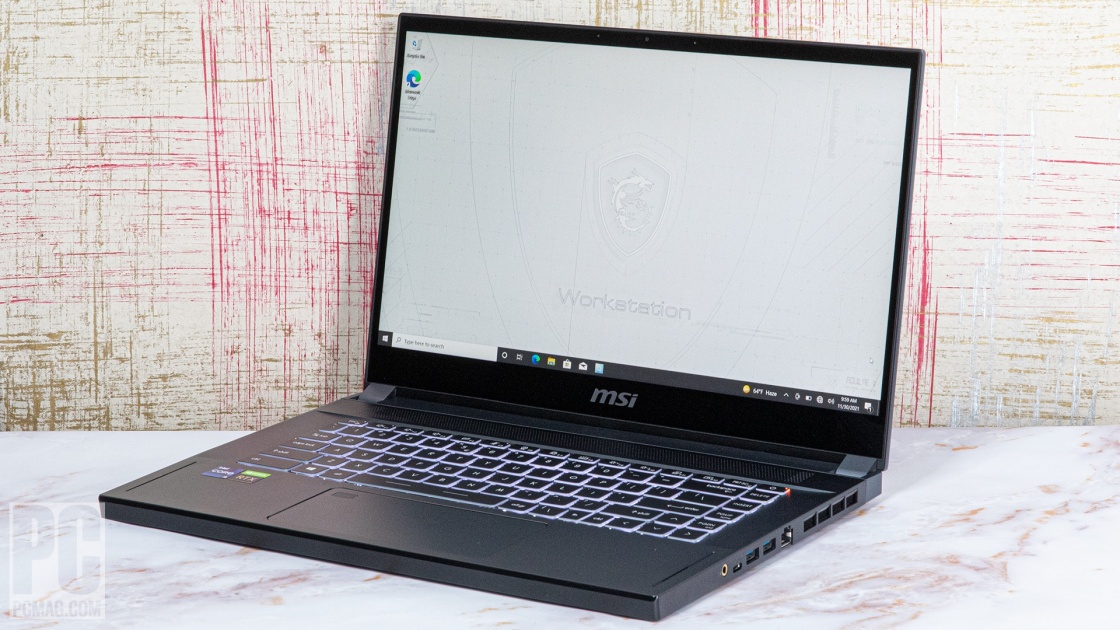