As Russia attacks Ukraine, authorities in Moscow are intensifying a censorship campaign at home by squeezing some of the world’s biggest tech companies.

On February 16, Russian authorities warned Google, Meta, Apple, Twitter, TikTok and others that they had until the end of this month to comply with a new law that requires them to set up legal entities in the country. The so-called landing law makes the companies and their employees more vulnerable to Russia’s legal system and the demands of government censors, legal experts and civil society groups said.

The moves are part of a Russian pressure campaign against foreign technology companies. Using the prospect of fines, arrests and the blocking or slowing down of internet services, authorities are pushing the companies to censor unfavourable material online while keeping pro-Kremlin media unfiltered.

Apple, TikTok and Spotify have complied with the landing law, according to Russian internet regulator Roskomnadzor, and Google has taken steps to do so as well. Twitch and Telegram have not. Meta, the parent of Facebook, and Twitter have complied with some parts of the law but not others.

The situation puts the tech companies in a bind, caught between their public support for free expression and privacy and their work in countries with authoritarian leaders. It has forced them to weigh having their services available in Russia against leaving altogether.

Increasingly, the companies are facing pressure from Ukrainian officials and US lawmakers to limit their involvement in Russia. Ukraine’s vice prime minister has asked Apple, Google, Netflix and Meta to restrict access to their services inside Russia. Sen. Mark Warner, D-Va, chair of the Senate Intelligence Committee, sent a letter to Meta, Reddit, Telegram and others, urging them to not let Russian entities use their platforms to sow confusion about the war.

The companies are facing contradictory demands from all over the globe. Censorship issues that were once isolated to China, which is home to perhaps the world’s most restrictive internet, have spread to Russia, Turkey, Belarus, Myanmar and elsewhere as some of them try to build a more tightly controlled web.

For Russia, censoring the internet isn’t easy. While China has built a series of filters known as the Great Firewall around its internet, Russia’s internet is more open, and US tech platforms are widely used in the country. To change that, the Russian government has built new technical methods for blocking content, which it used last year to throttle access to Twitter.

Now Russia is expected to ramp up pressure on the tech companies as authorities try to control what information is disseminated about the war in Ukraine. Russians have used Facebook, Instagram and other foreign social media outlets to criticise the conflict, stoking concerns of a crackdown on the platforms.

On Friday, Roskomnadzor said it would restrict access to Facebook by slowing down traffic. The regulator said the social network had interfered with several pro-Kremlin media outlets.

Twitter, which had said it was pausing ads in Ukraine and Russia, said Saturday that its service was also being restricted for some people in Russia. On Sunday, Roskomnadzor also demanded that Google lift restrictions on some Russian media outlets after the company had limited their ability to make money from advertising on YouTube.

The clampdown “is an attempt by the Russian government to increase control over these companies and the content online in Russia,” said Pavel Chikov, a human rights lawyer in Russia who specializes in censorship cases. “The Russian government will be pushing them, step by step, to go further down this road.”

Western companies and organisations are just beginning to sort out their ties to Russia in light of sanctions intended to economically isolate the country. Energy companies are grappling with the possibility of reduced supplies of oil and natural gas. Food producers are facing a potential shortfall of Russian and Ukrainian wheat. Even European soccer clubs have dropped sponsorships from Russian companies, with a major championship match moving from St. Petersburg to Paris.

The situation is especially fraught for tech companies. Apple and Google control the software on almost every smartphone in Russia and have employees there. YouTube, Instagram and TikTok are popular sites that are used to get information outside state-run media. Telegram, a messaging app that started in Russia and is now legally based in Dubai, United Arab Emirates, after disputes with the government, is one of the country’s more popular communication tools.

The new landing law is a move by the Kremlin to counter attempts by the tech companies to minimise their physical presences in Russia. The law, which took effect Jan. 1, requires foreign websites and social media platforms that have more than 500,000 daily users to register as legal entities in the country, with a locally based leader. It also requires the companies to register an account with Roskomnadzor and to create an electronic form for Russian citizens or government authorities to contact the companies with complaints.

Establishing more of a local presence makes the companies vulnerable to intimidation by the government, human rights and civil society groups have warned, leading some to call it the “hostage law.” Last year, Russian authorities threatened to arrest employees of Google and Apple to force them to remove an app created by supporters of Alexei Navalny, an imprisoned Russian opposition leader.

“The Russian government would like to have embassies of those companies in Russia,” said Alexander Litreev, who worked with Navalny and is CEO of Solar Labs, a maker of software to circumvent online censorship. “They would like to have a way to pull a lever to manipulate information and how it is spreading around the internet.”

On Feb. 16, a Roskomnadzor official said companies that did not comply by the end of the month would face penalties. In addition to fines and possible shutdowns or slowdowns, the penalties could disrupt ad sales, search engine operations, data collection and payments, according to the law.

“For those companies that have not started the procedure for ‘landing,’ we will consider the issue of applying measures before the end of this month,” Vadim Subbotin, deputy head of Roskomnadzor, told the Russian parliament, according to Russian media.

Meta said that while it was taking steps to comply with the new landing law, it had not changed how it reviewed government demands to take down content. Apple, Google and Twitter declined to comment on the law. TikTok, Telegram, Spotify and the other targeted companies did not respond to requests for comment.

Human rights and free speech groups said they were disappointed that some of the tech companies, often viewed inside Russia as less beholden to the government, were complying with the law without public protest.

“The ulterior motive behind the adoption of the landing law is to create legal grounds for extensive online censorship by silencing remaining opposition voices and threatening freedom of expression online,” said Joanna Szymanska, an expert on Russian internet censorship efforts at Article 19, a civil society group based in London.

Chikov, who has represented companies including Telegram in cases against the Russian government, said he met with Facebook last year to discuss its Russia policies. Facebook executives sought advice on whether to pull out of Russia, he said, including cutting off access to Facebook and Instagram. The company complied with the laws instead.

Chikov urged tech companies to speak out against the Russian demands, even if it results in a ban, to set a wider precedent about fighting censorship.

“There have been times when the big tech companies have been leaders in terms of not only technology but also in civil liberties and freedom of expression and privacy,” he said. “Now they behave more like big transnational corporations securing their business interests.”

This article originally appeared in The New York Times.

CISA Encourages Shields Up to Protect Operations and Workers

Tue Mar 1 , 2022
Related Practices & Jurisdictions Monday, February 28, 2022 The U.S. Cybersecurity and Infrastructure Agency (CISA) has urged a “Shields Up” defense in depth approach, as Russian use of wiper malware in the Ukrainian war escalates. The Russian malware “HermeticWiper” and “Whispergate” are destructive attacks that corrupt the infected computers’ master […] 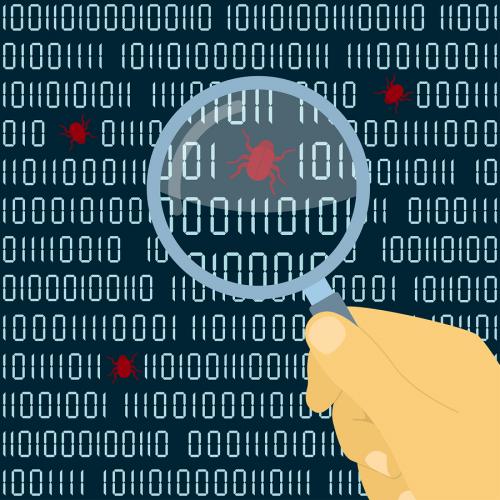