The TCL Stylus 5G, revealed Thursday by TCL, is one of the cheaper stylus-equipped phones, hitting the market at under $300. The phone arrives June 2 at T-Mobile and Metro stores starting at $258 (roughly £210, AU$360), and is bundled with a few productivity apps for free for the life of the device.

The phone has a 6.81-inch full HD display at 1080p resolution, includes 128GB of storage with 4GB of memory, a 4,000-mAh battery and it runs on a MediaTek Dimensity 700 5G chip. Android 12 is included, making this one of the cheaper phones shipping with the latest software version, along with a TCL skin.

On the back are four cameras, including a 50-megapixel main camera, a 5-megapixel super-wide-angle camera, a 2-megapixel macro camera and a 2-megapixel depth sensor camera. Along the front is a 13-megapixel selfie camera. I was able to take a few outdoor photos on the phone during my demo on an overcast day and found them to include some details of nearby buildings, but a more thorough photography test would still be needed to get a better idea about what the cameras can handle.

The phone also supports 18W fast charging, which is fast in comparison to other phones in the $200-to-$300 price range. There’s also a headphone jack, which is common in this price range but still disappearing in more expensive phones. A microSD card slot is also available for expanding the storage by up to 2TB.

The Stylus 5G includes the Nebo note-taking app, normally available in Google Play for $12, and MyScript Calculator 2, normally $3 in Google Play, both of which are optimized for use with the stylus. Nebo functions as a digital notebook, while the calculator app lets you handwrite formulas, which are then translated into the equation and an answer. There are indeed many, many note-taking and calculator apps available for Android that also support handwriting, but including a few premium apps is a good perk to pair with the phone’s stylus.

The stylus itself is magnetic, and during my hands-on demo with the phone I found that this helps pull the stylus back into the phone when reinserting it into its slot. Much like other stylus-equipped phones, removing the stylus brings up a list of apps that include a GIF-maker and a magnifying glass tool. Removing the stylus while the phone is unlocked also brings up a quick note app on the lockscreen, meant for jotting something down and saving it for later.

Much of these specs are comparable to the $300 Moto G Stylus (4G-only), released earlier this year, and this TCL phone comes in at a slightly lower price. However, what gives me some pause about the phone is that it only includes one major software update and two years of security updates. Both Samsung and Motorola are promising longer security update timelines in this price range, roughly four to five years with the former and three years for the latter, a factor that could be very significant if you are looking to use a phone for as long as possible.

We still need to give this phone a more thorough review, but at its price there are some nice conveniences included in the TCL Stylus 5G. It’s one of the cheapest phones that includes a stylus, Android 12 and 5G — that could be all you need as long as you know that it’s only getting two years of security updates.

Fri Jun 3 , 2022
In order to choose the best technology or keep up with the market, you need expert advice that’s based on solid evidence and copious experience. Sure, you could just read spec sheets and assume that, if a company says its laptop provides “all day” battery life or that its GPU […] 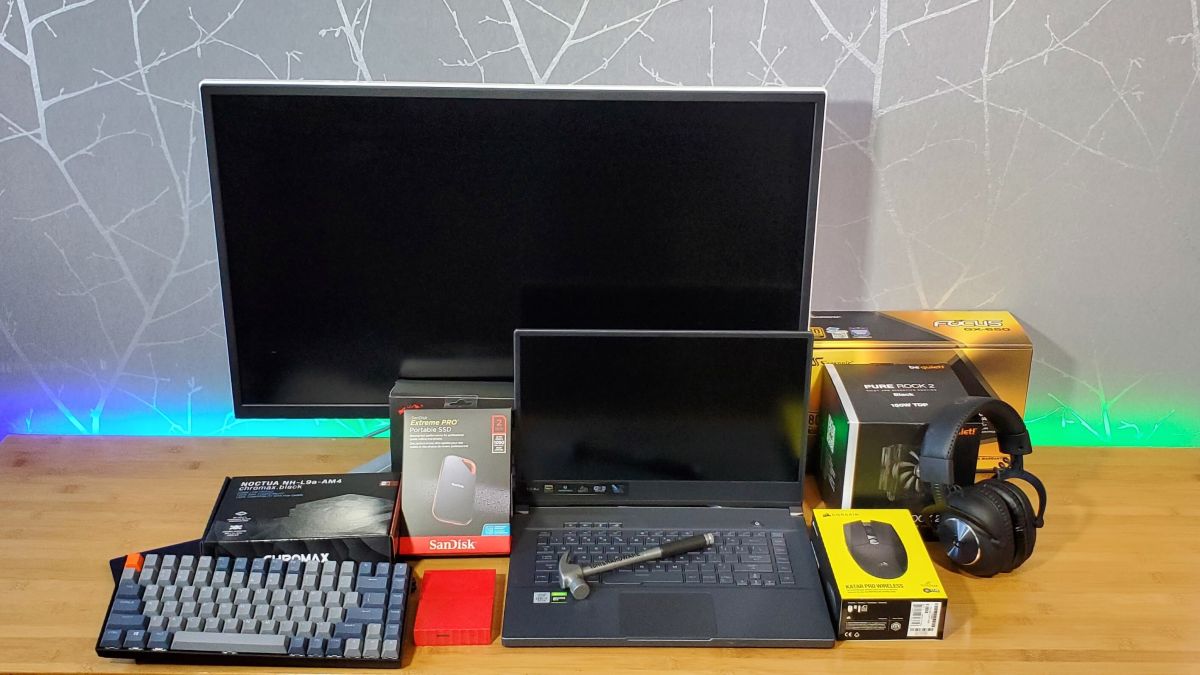