The United States’ wireless carriers have a problem — they’re running out of new customers to target. Data from Pew Research indicates that 97% of Americans already own cell phones. With such saturation, the best that Verizon, AT&T, and T-Mobile can reasonably hope for going forward is swapping subscribers and adding the occasional extra mobile device to an existing customer’s account. To this end, the big three names in the business collectively added only a little over 1 million connections to their headcount last quarter, growing their total customer base by a mere one-third of one percent.

The thing is, the industry was arguably lucky to secure that growth. Competition has cropped up from an unlikely source and is making surprising inroads with consumers. All told, these oddball wireless players picked up a total of 700,000 wireless customers that would have otherwise belonged to T-Mobile, Verizon, or AT&T last quarter. And it’s not the first time we’ve seen these newcomers pick off this degree of subscribers, though it is yet another quarterly record.

This unlikely competition? Cable television companies Charter Communications, Comcast, and Altice USA. Given that the nation’s cable TV outfits have existing relationships with hundreds of millions of cable and broadband subscribers, the traditional wireless providers like Verizon and AT&T simply can’t afford to ignore this paradigm shift any longer.

Can you hear me now?

If you feel like you’re misunderstanding something, you’re not. Cable television companies like Charter’s Spectrum, Comcast’s Xfinity, and Altice’s Optimum are also in the mobile phone business. It’s certainly not a big profit center for any of them — at least not yet — but it’s a business that’s grown surprisingly quickly.

The graphic below puts things in perspective. As of the end of the first quarter, the country’s cable TV industry is also serving 8.4 million wireless customers. That’s 8.4 million connections the wireless industry’s old guard was likely counting on serving back in early 2017, before Comcast tiptoed into these waters with Altice and Charter following suit.

That’s thanks to technological advancements, mostly. There was a time when “wireless” truly meant wireless, with mobile phone calls being relayed from tower to tower… no wires involved. Not anymore, though. Much of the mobile connection work being handled by Charter, Comcast, and Altice is now actually being handled with each company’s physical infrastructure found in a central location. The part that can’t be handled by these cable companies is offloaded to the aforementioned wireless brands’ towers, for a price, of course.

For the cable industry, though, it’s worth the price. If nothing else, being able to offer a low-cost wireless service that leverages infrastructure that’s already in place anyway is a great customer retention tool.

Ignore the trend at your own risk

To date, the conventional wireless telecom service providers haven’t seemed too concerned about cable’s foray onto their turf. Cable companies so far have only made mobile service available to their cable TV or broadband customers. The most familiar wireless service providers, however, should be worried about the obvious trend for a couple of reasons.

The first of these reasons is price. While T-Mobile, AT&T, and Verizon may be price-competitive with one another, more than 8 million cable (and broadband) customers are now enjoying wireless service for as little as $30 per month, and for some low-frills plans, even less. In an environment where subscription fatigue has millions of consumers rethinking their budgets, the expensive super-plans being offered by the conventional wireless industry have lost their luster.

The second reason the mobile industry’s stalwarts should be sweating: While cable companies may only offer wireless service to existing customers, the big three names in the cable business currently serve on the order of 37 million cable subscribers, according to data from Leichtman Research Group, and more than 66 million broadband customers. Presumably, most of this crowd also uses mobile phones and are likely open-minded to the idea of switching to a lower-cost wireless service offered by a company they’re already doing business with.

At the very least, investors in conventional mobile service names like AT&T and Verizon should put this headwind on their radars.

Sun May 8 , 2022
The latest board from Pimoroni’s workshop is something of a labor of love. The £24 ($25) Servo 2040 is a Pimoroni product, but it is really the work of Dr Chris Parrott, Roboticist and Product Engineer at Pimoroni. Powered by the RP2040, a chip which is beating the current chip […] 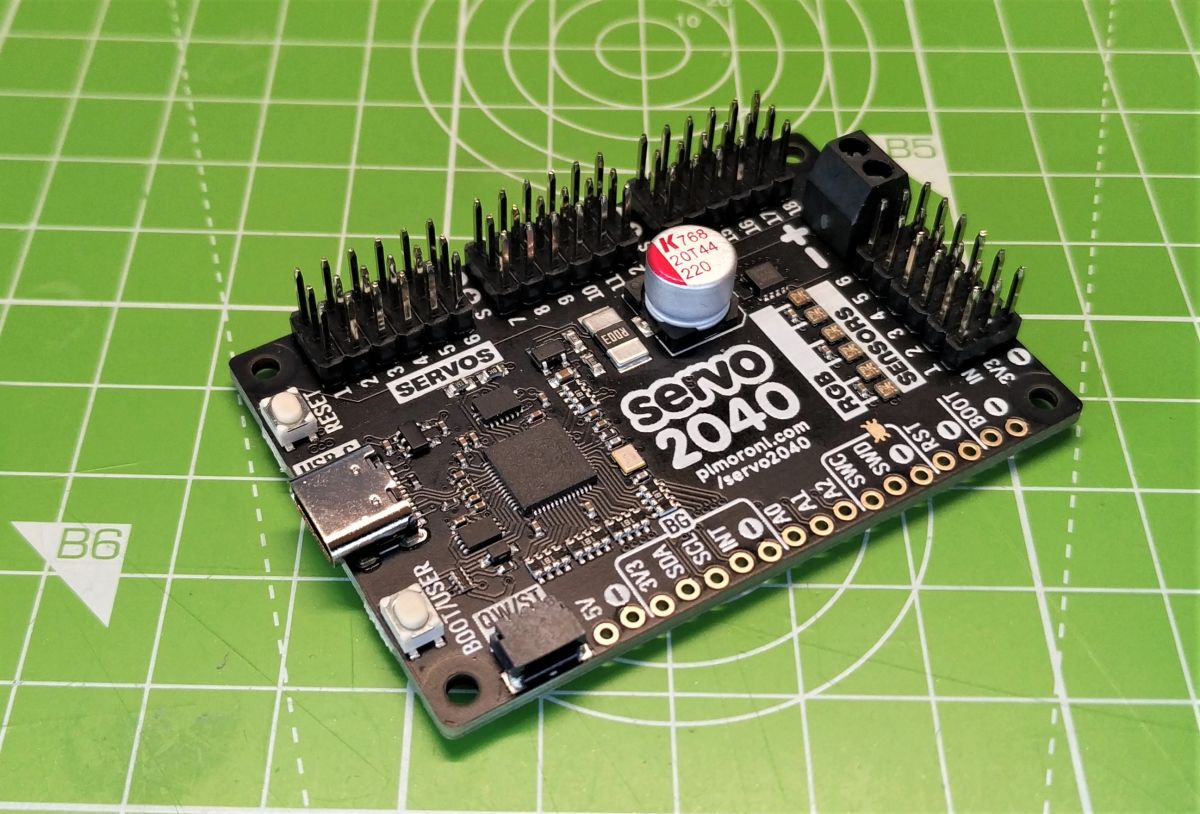