The once-freewheeling industry was long the main source of well-paid employment in China, but major companies are now reportedly downsizing at a scale not seen before as President Xi Jinping’s government continues its crackdown on private enterprise.

The Chinese government says the country’s overall unemployment rate remains stable, fluctuating between 5% and 5.5% in recent months. And there are no official figures on tech-related job losses so far this year.

Private surveys suggest, however, that jobs are being lost across the economy, and in tech in particular.

According to Lagou, one of China’s largest tech recruitment websites, 2.76 million tech employees marked their status on the platform as “left the job” in March — 260,000 more than in December and about 60,000 more than the same month last year. Most of the job losses were concentrated in major cities such as Beijing, Shenzhen, Guangzhou, and Shanghai, Lagou added.

While tech is one of the worst-hit sectors, other industries have also suffered in recent months. Research by Tongdao Liepin, another major recruitment website, found that about 57% of Chinese companies surveyed in January laid off between 10% and 50% of their workforce last year. The job losses were concentrated in education, real estate, and internet-related industries, the survey added.

Comments by senior officials in recent months also suggest that China’s leadership is treating unemployment as a matter of serious concern. To complicate matters further, this year will see a record number of college graduates — 10.76 million — entering the job market.
Many of them would typically enter the tech industry, long the driver of economic growth and new jobs, especially for young, well-educated workers. It played a major role in the rapid expansion of China’s emerging middle class. According to government statistics, tech salaries exceed the national average by around 80%.
The Chinese government says that its “digital economy”— which comprises IT, telecommunications, and the internet — employs nearly 200 million people. The figure includes both gig and full-time workers, and is about a quarter of the country’s total labor force.

Earlier this month, Reuters reported that Alibaba (BABA) and Tencent (TCEHY) were preparing to cut tens of thousands of jobs combined. Alibaba could cut more than 15% of its total workforce this year, or about 39,000 workers, while Tencent might shed between 10% and 15% of its staff in some key units, Reuters said, citing anonymous sources with knowledge of the company’s plans.
JD.com (JD) is also planning to lay off between 10% and 15% of its workforce at its group-buying Jingxi unit, a person familiar with the matter told CNN Business.
According to some social media posts, JD.com (JD) dismissed some workers earlier this week with notes that read: “Happy graduation! Congratulations for having graduated from JD.com! Thank you for the companionship.”
On Chinese social media platform Weibo, hashtags “Alibaba layoffs,” “Tencent layoffs” and “JD layoffs” have been trending since last week, attracting more than 1 billion views so far.

Alibaba, Tencent and JD.com did not respond to a CNN Business request for comment on the layoff reports.

“If Alibaba and Tencent are cutting payrolls by 10-15%, we can be pretty sure that many other internet platforms in and related to the tech sector are in a similar position of having to cut costs,” said George Magnus, a research associate at Oxford University’s China Centre and SOAS University of London.

The tech-related economy has been “one of the faster growing employment sectors for years, and so even if only 5% of jobs were cut, that’s a big blow to the sector and to the government’s top priority, jobs,” he said.

Events have taken a dramatic turn since Beijing kicked off an unprecedented campaign to rein in the internet giants in November 2020 — starting with pulling Ant Group’s blockbuster IPO. In the 18 months that followed, the Chinese government’s regulatory might has changed industries ranging from tech and finance to gaming, entertainment and private education.
For the December quarter, Alibaba, Tencent, and Pinduoduo all reported their slowest sales growth as public companies. Their share prices have halved, wiping out $1.2 trillion worth of combined market value.

After their dismal quarterly earnings, the companies said they would embrace the new normal of slower growth and look for ways to reduce operating costs.

Ed-tech firms have also been forced to shut down or shrink sharply. New Oriental Education, China’s largest private tutoring firm, laid off 60,000 employees last year as Beijing launched its overhaul of the industry.

Xi’s “aggressive stance” towards the industry served as a reminder that “while they may be global companies, they must also serve China in helping to raise the prosperity of all of Chinese society,” he added.

Chinese regulators have blamed private businesses for exacerbating wealth gaps in the country, and causing socioeconomic problems that could destabilize society. Xi issued a bold pledge last year to redistribute wealth in the country, invoking the need for “common prosperity” as critical for the Communist Party to maintain power.

But Beijing is now staring at a big economic headache.

“The upheaval in the tech sector will indeed be a significant challenge for President Xi Jinping as he seeks a third term as leader,” Guthrie said.

The Chinese Communist Party is due to hold its 20th national party congress in the fall. The meeting could set up Xi to hold power for at least another five years. He has already led the country for almost a decade.

“By guaranteeing stability, Xi has been given latitude to push a number of aggressive agendas,” Guthrie said. “But if economic growth stalls and unemployment rises significantly, the backlash will be quick,” he added.

The Chinese economy is already slowing, as the country contends with renewed Covid outbreaks, Beijing’s zero-tolerance approach to stamping out the virus, and higher commodity prices stemming from Russia’s invasion of Ukraine. Earlier this month, the government set its 2022 growth target at around 5.5%, the lowest official target in three decades.

Xi’s government is “on the horns of a dilemma,” said Magnus from Oxford University.

Efforts to rein in private enterprise are meant to protect the economy and the country’s citizens from instability. But the 18-month crackdown has rattled global investors and stoked fears about the prospects of innovation and growth in China’s economy.

“[The government] craves economic stability and prioritizes job growth above all else, but its policies are leading to precisely the outcomes it abhors or wants to avoid,” Magnus said.

“It will be a big challenge for the government to keep stability in the crosshairs this year, without resorting to further infrastructure stimulus, which it supposedly wishes to downplay, and further budgetary and monetary easing,” he added.

Experts are also comparing the current job losses to the unemployment crises China experienced decades ago, first in the 1990s and then in 2008.

In the 1990s, tens of millions jobs were eliminated when Beijing drastically restructured its bloated and inefficient state-owned enterprises, privatizing some and shutting down others. A decade later, during the global financial crisis, millions of manufacturing workers lost their jobs as exports collapsed and factories shut down.

Chinese employment bounced back from those crises, but experts say the pain may last longer this time.

“Job losses are likely to get worse,” Magnus said, because the tech sector slump is happening at the same time as the crisis in property and related sectors, which account for about 30% of China’s GDP.
Beijing has recently signaled that it may be backing off the tough stance it took on the private sector. Chinese Vice Premier Liu He, one of Xi’s top economic advisers, urged regulators earlier this month to “complete” the crackdown on China’s major internet platform companies “as soon as possible.”

Martin Chorzempa, a senior fellow at the Peterson Institute for International Economics, said the pace of regulatory actions might slow, and the political pressure on the private sector could be eased. But he doesn’t believe the regulatory actions will wrap up soon.

“It is useful to signal that Beijing wants a more predictable environment, but many of the bureaucratic gears are rolling and cannot just be shut off,” he said.

Mon Apr 4 , 2022
Nomad Internet Nomad Internet launched as an internet service provider in 2017 to help bridge the digital divide by connecting rural community members and people on the go — everyone from farmers and remote workers who travel regularly for business to those in the recreational vehicle lifestyle. To accomplish this, […] 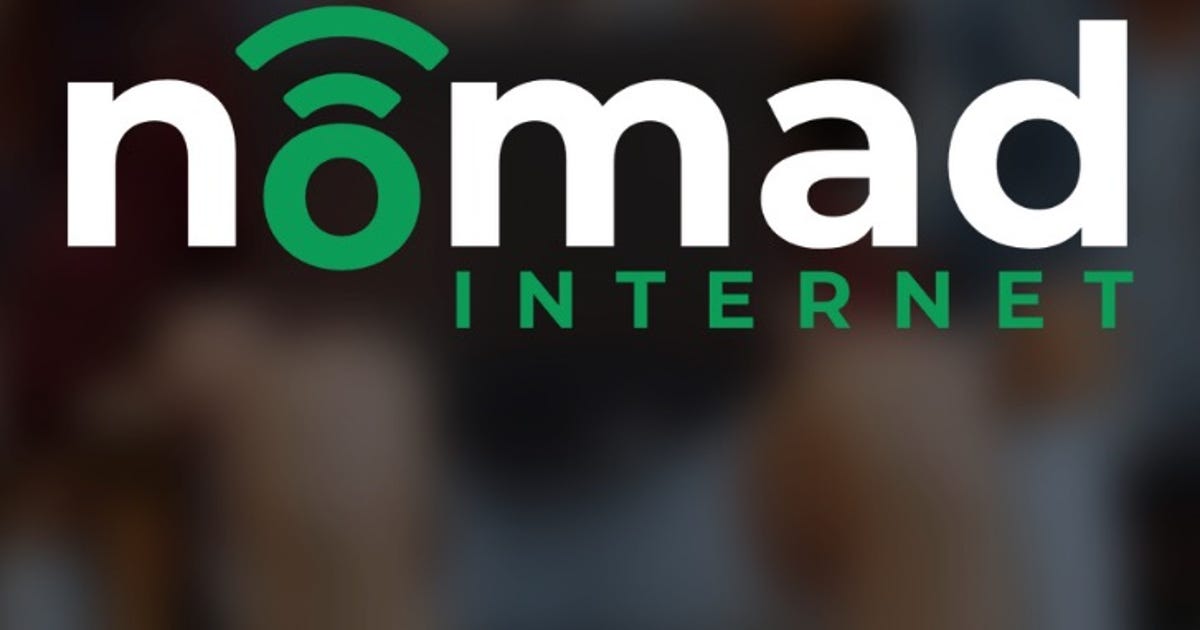