It’s hard to read an article, browse the internet, or watch TV without encountering the words “blockchain,” “cryptocurrency” or “NFT.” There are an uncountable number of ads for new products and services that promise use of the blockchain to provide existing service offerings in a new and innovative way. You likely have seen ads on TV with famous athletes and actors telling you to buy cryptocurrency and seen stories on the news about people buying or selling NFTs, increasingly for mind-boggling amounts. Many of your favorite companies and brands may also now have NFT offerings. But what do these terms mean, and how do these technologies work? This short overview seeks to answer these questions in simple and relatable terms. As this primer attempts to simplify complicated technologies and systems, it should be noted that some measure of detail has been sacrificed for the sake of understandability. Similarly, these technologies are evolving rapidly, so the state of the market today may not be the state of the market next week or next month. In the meantime, this overview will enable you to discuss these topics intelligently with your company, clients, family, and friends when they come up in conversation.

Blockchain is a system for securely recording and storing information and transactions in a database that is duplicated and distributed across a network of computer systems. The blockchain database is referred to as a “ledger” and for this reason, blockchain is also referred to as “distributed ledger technology.” Blockchain ledgers can be made either public (like Bitcoin) or private (similar to a closed corporate intranet network). Unlike a traditional database which usually structures its data into tables, the blockchain ledger collects information together into groupings or units known as “blocks” that hold sets of information or data. The type of transaction and amount of data that can be captured in a block depends on the particular blockchain. When a transaction is entered into the blockchain system it is transmitted to a network of peer-to-peer computers that can be anywhere in the world. There are different protocols available for validating transactions on the blockchain. Bitcoin, for example, relies upon Proof of Work, whereby computers on the blockchain use their processing power to solve equations to confirm the validity of the transaction. Other blockchains may use other protocols for validation of transactions. Once the transactions are confirmed to be legitimate, they are chained together in blocks that are given an exact time stamp and a cryptographic signature called a hash. The blocks constitute the ledger to create a long history of all transactions that is permanent and generally immutable, i.e., it cannot be changed. Immutability is an important feature, because it means that if one block in one chain is changed, then the block fails. This makes it difficult (although not impossible) to change, hack, or cheat the system. For example, if hackers wanted to corrupt a blockchain system, they would have to change every block in the chain, across all distributed versions of the chain, which is highly unlikely from a technical perspective.

Cryptocurrency or “crypto” (also referred to as virtual or digital currency) is a digitized form of currency or token transmitted on a blockchain. While initially each cryptocurrency could not be transferred from the blockchain it was created on to another blockchain without converting it through cryptocurrency exchange, there are now protocols like Polkadot which enable cross-blockchain transfers. Some of the most well-known cryptocurrencies are Bitcoin (BCH) and Ether (ETH), but there many others including Litecoin (LYC), Cardano (ADA), Polkadot (DOT), and Dogecoin (DOGE). The number of cryptocurrencies is ever-increasing, and blockchain technology enables anyone to set up their own blockchain and a unique cryptocurrency or token. Bitcoin, Ethereum, and other cryptocurrencies are typically purchased through cryptocurrency exchanges, which are analogous to traditional electronic trading exchanges that enable users to place orders for financial products such as stocks, bonds, currencies, commodities, and derivatives through a financial intermediary. Depending on the exchange you can usually purchase cryptocurrency with a debit card or bank transfer. Many of the popular exchanges do not allow credit card purchases. Those that do charge for the privilege, and in some cases can add 3% or more to your transaction. Additionally, even if the exchange would permit use of a credit card, most major card companies have prohibited purchasing cryptocurrency.

What Are Non-Fungible Tokens (NFTs)?

An NFT is a unit of digital data stored on the blockchain, but differs from cryptocurrency, which is fungible and interchangeable (i.e., one is no different than another, like any one dollar bill is no different from another dollar bill in value or meaning). NFTs are unique and noninterchangeable. NFTs use blockchain technology to provide verifiable proof of ownership of the item the NFT is associated with. Essentially, an NFT is a digital certificate of authenticity. NFTs can be associated with easily reproducible items such as photos, videos, audio, and other types of digital files, but have even been associated with more ephemeral things like a captioned moment in time, such as NBA Top Shot, which sells NFTs for epic plays in NBA games, or Jack Dorsey, who sold an NFT for the first tweet. Just as purchase of a limited edition signed and numbered print of a photograph does not transfer copyright ownership of the photograph to the purchaser, purchase of an NFT generally does not necessarily confer any of the underlying intellectual property rights (e.g., copyright) in the subject matter of the NFT. The underlying intellectual property rights (or some subset) may be transferred by a smart contract associated with the NFT, but caution should be exercised here to make sure that no conflict exists between what is in the smart contract and what is in the terms of the website or platform from which the NFT is created or purchased.

NFTs can be created, or “minted,” on various blockchains, Ethereum and Solana currently being the most common. As discussed above, Ether is a cryptocurrency, but its blockchain, Ethereum, also supports NFTs, which store additional information related to the digital file or other unique item they are associated with. This makes them work differently from ETH cryptocurrency where only amount, transaction date, sender, and receiver are stored on the blockchain. Like cryptocurrency, though, the NFT is controlled by a private encryption key. If that key is lost or stolen, so are the rights to the cryptocurrency or NFT. There are numerous aspects of NFTs that many find desirable, including the potential to create additional revenue streams from a photo, audio, or other digital file, and also the ability for the creator of the NFT to receive royalties on all subsequent sales of the NFT which generally does not exist when selling unique items using other traditional methods. There are also potential drawbacks to NFTs, such as the fact that the cost to create them (referred to as “minting”) fluctuates drastically – in some cases costing more than the value of the NFT. Additionally, there may be a lack of clarity regarding what rights are associated with an NFT as well as questions regarding authenticity of some NFTs. Notably, there have already been a number of high-profile legal challenges regarding whether a minter of an NFT actually had the necessary rights (such as licenses or personal rights) to create the NFT in the first place. So, like with any other transaction, use caution, and do your due diligence when considering minting, buying, or selling an NFT.

Finally, as noted above, the current regulatory environment in the United States relating to digital assets is highly uncertain. Substantial attention is being directed to this industry by the Biden administration, Congress, state regulators, the Department of Justice, the Securities and Exchange Commission, and the Commodities Futures Trading Commission, among others. Before pursuing any activities in this space, readers are cautioned to consult with their tax, legal, and other professional advisors for guidance.

Tue Mar 15 , 2022
Cell phones have practically become an extension of our bodies — they’re our phones, computers, cameras, watches, alarm clocks, game systems and more. But getting one can be difficult if you don’t have credit. Carriers want to avoid customers racking up huge bills and then not paying them. To this end, many […] 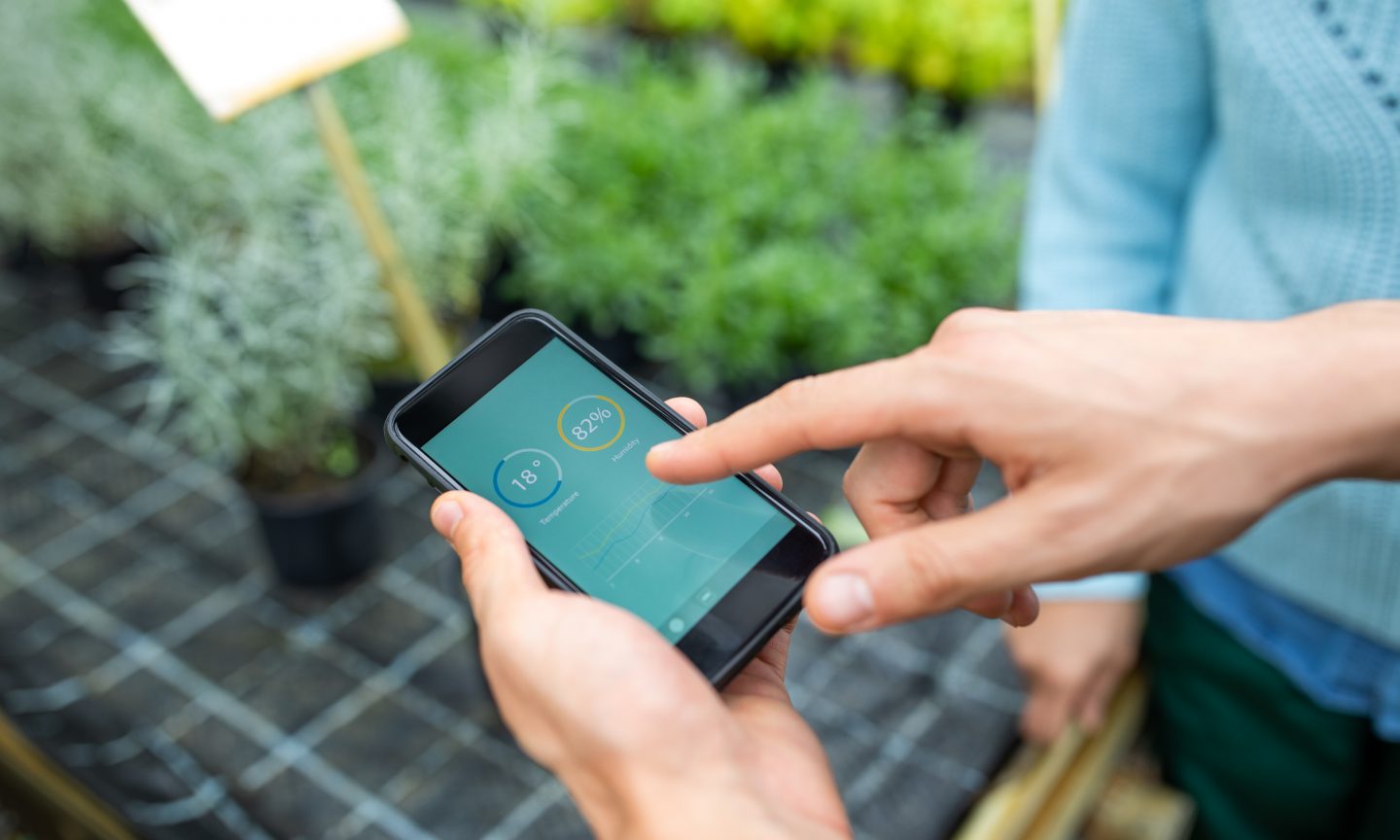